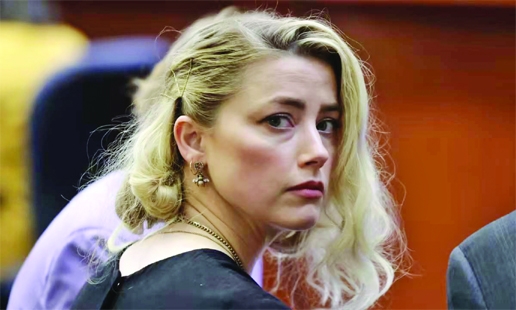 Hindustan Times :
After Elon Musk acquired Twitter and took charge as CEO after finalising a $44 billion takeover, many Hollywood celebrities along with Amber Heard deleted their Twitter accounts.
Taking to Twitter, an account named, 'That Umbrella Guy' shared a picture of Amberâs Twitter account which read, âThis account doesnât exist.â The screenshot was captioned, âAmber Heard has deleted her Twitter.â
Reacting to this information, one person wrote, âSo glad she is taking care of herself.â
A second person commented, âEx-boyfriend Elon told her to delete it.â Another wrote, âShe canât afford the monthly fee to keep her checkmark now.â
Many posted their speculation around Heard deleting her Twitter handle. It is still not clear why she left Twitter.
After Amberâs separation from Johnny, she started dating Elon Musk and made headlines in 2016. Both of them kept their relationship low-key. However, they separated in 2017, after a year of dating.
The couple got back together in 2018 but again ended things with each other after a few months. Â
Recently, many Hollywood celebrities such as Sara Bareilles, Ken Olin, Toni Braxton among have left Twitter.