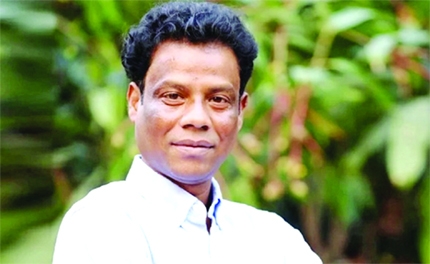 Entertainment Report :
The song titled 'Tomar Haat Pakhar Batashe' fame singer Akbar is in critical condition now. He is in ICU. The singerâs daughter Athoi confirmed the news yesterday.
She said a few days ago, her father had to have his legs amputated due to increased physical complications. He was under treatment at the capitalâs Bangabandhu Sheikh Mujib Medical Hospital.
Singer Akbar got huge popularity to render the song 'Tomar Haat Pakhar Batashe' at the popular magazine show, Ityadi hosted by Hanif Sanket. He used to be a rickshaw-puller in the town of Jashore before that. Later, he couldnât perform anymore due to his falling health. The Prime Minister Sheikh Hasina had allotted Tk20 Lakh for his treatment.