Mahiya Mahi wants to be MP to serve people 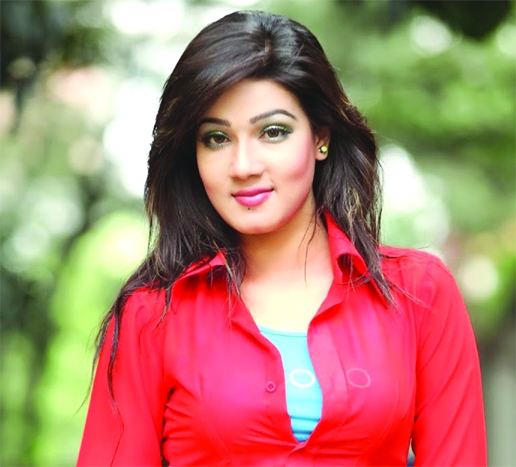 Entertainment Report :
Dhallywoodâs popular actress, Mahiya Mahi wants
to take part in the MP (Member of the Parliament)
elections. The actress wants to become an MP from
the constituency of Rajshahi-1 (Tanore-Godagari). She mentioned her aim to become an MP while speaking to the reporters at residence of her maternal
grandparent at Mundumala in Tanore upazila in Rajshahi on Friday afternoon. On the occasion of the 59th birthday of Bangabandhuâs youngest son, Sheikh Russel, a kabaddi tournament was organised on the grounds of Mundumalaâs Fazar Ali Molla Degree College by actress Mahiya Mahiâs Swapno Foundation and the local district sports association.
After watching the kabaddi tournament, Mahiya Mahi spoke with reporters who were present on the occasion. Mahiya Mahi told the reporters, âI have always followed the ideologies of Bangabandhu Sheikh Mujibur Rahman. These are the ideologies I hope everyone will follow and I want to inform them about it, if they donât already know. Even though I do not understand politics, I have also stepped foot into this arena. I want to serve the people. So, I want to be an MP.â Meanwhile, while asking her whether she would be joining politics soon, Mahiya Mahi replied, âBangabandhu sacrificed his life and youth and even sacrificed spending times with his family.â
When asked about her intentions to part in the future MP elections, the actress said, âNot now, as it is too late now. If the people of the area have a desire to see me as an MP, then by the grace of the Almighty it will be happened.â
It is noted that Mahiya Mahi is now the Joint General Secretary of the central committee of Bangabandhu Sangskritik Jote. She is also serving as the convener for the Rajshahi division of the organisation. There have been a lot of rumours that Mahiya Mahi might be active in Awami League politics in future.