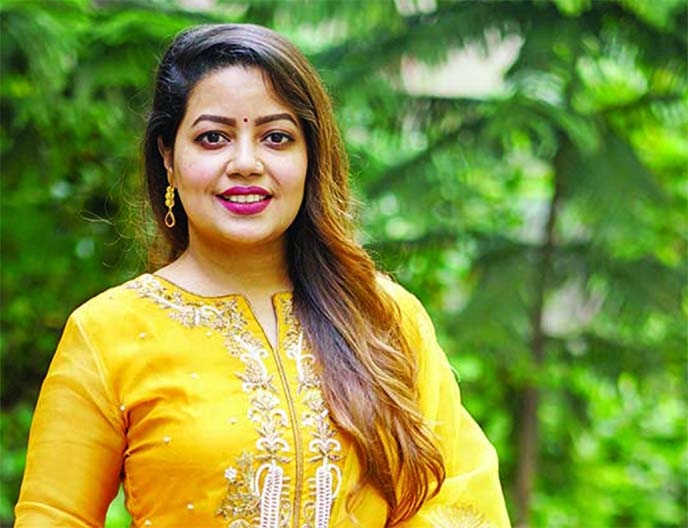 Sheikh Arif Bulbon :
A private bank arranged a
talent hunt contest titled 'Esho Mili Surey Surey' to search singers among the bankers. Popular singer Dilshad Nahar Kona performed as a judge in this contest. Already 10 contestants out of 30 were selected and then among 10, top 3 positions were announced and they received the awards.
Kona informed that Shishir Sutradhar secured the first position, Daud Azad and Jannatul Mawa won second and third positions respectively in the competition. This contest earlier took place where bankers of same bank contested. While sharing her feelings to perform as a judge in this kind of competition, Kona told this correspondent, âEarlier, I performed as a judge on RTVâs a reality show. But this time I gained a exceptional experience while performing as judge in the competition because Foad Nasser Babu Bhai and Partha Barua also performed as judges alongside me. As it was the competition among the bankers, so there was little bit scope to judge their talents. Among the participants, who could render song at an average and who could maintain rhythm properly, we tried to select them. The top three winners really did well. I have best wishes for them.â
Kona also said that she is now engaged with stage shows. Current month she is expected to perform in four to five stage shows. She is also booked for the beginning of next month. âIt is really a blessing for a singer to remain busy with stage performances during the season of stage show,â said the singer.
Kona got the National Film Award. She got the award for rendering playback song for Chayanika Chowdhuryâs movie 'Bishwosundori' under Imran Mahmudulâs music composition and Kabir Bakul written lyrics.
Meanwhile, Kona has recently rendered Baul Halim Boyatiâs a song for the third time. Title of the song is: 'Tumi muchki muchki hasho, Kachhe eshe bosho.' Nazir Mahmud has composed its music.Â