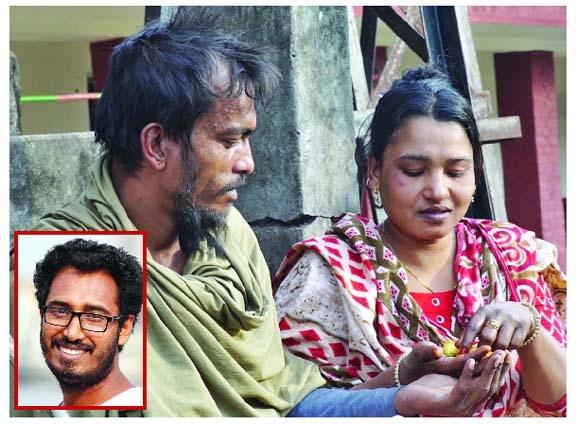 Entertainment Desk :
Juboraj Shamim directed movie titled 'Adim (The Instinct)' again scored award for its insistent
concept. After reigning over the 44th Moscow International Film Festival, 'Adim' won an award
at the prestigious Queens World
Film Festival in USA, said a press release.
'Adim' won the Best Film Award at the 12th Queenâs World Film Festival. The festival authorities announced the names of the winners through a YouTube live on Saturday. Preston Cato, Artistic Director of Queens World Film Festival, announced the winner of âBest of the Festâ category at the end of the live.
Preston Cato showered heaps of praises for the Bangladeshi young director and his movie. While talking about the movie, he said, âI have never seen anything like this in my life. The movie feels so surreal, it touches your soul. You can actually feel the emotions of the people. It didn't feel like I was watching a fiction, the whole thing felt like I was watching a glimpse of the dark and desolate reality of people living in slum.â
It is noted that filmmaker Juboraj Shamim wanted to go to the USA to participate in the Queens World Film Festival. However, he was unable to get a visa and thus had to watch the whole thing live on YouTube. The young director has plans to release his movie in February. However, he feels that releasing movies like 'Adim' wonât be an easy task in Bangladesh.
Meanwhile, 'Adim' was screened today at the Queenâs World Film Festival. The awards will be officially announced on November 7. Noted teacher and journalist Dithi Hasnat will receive the award on behalf of 'Adim.'