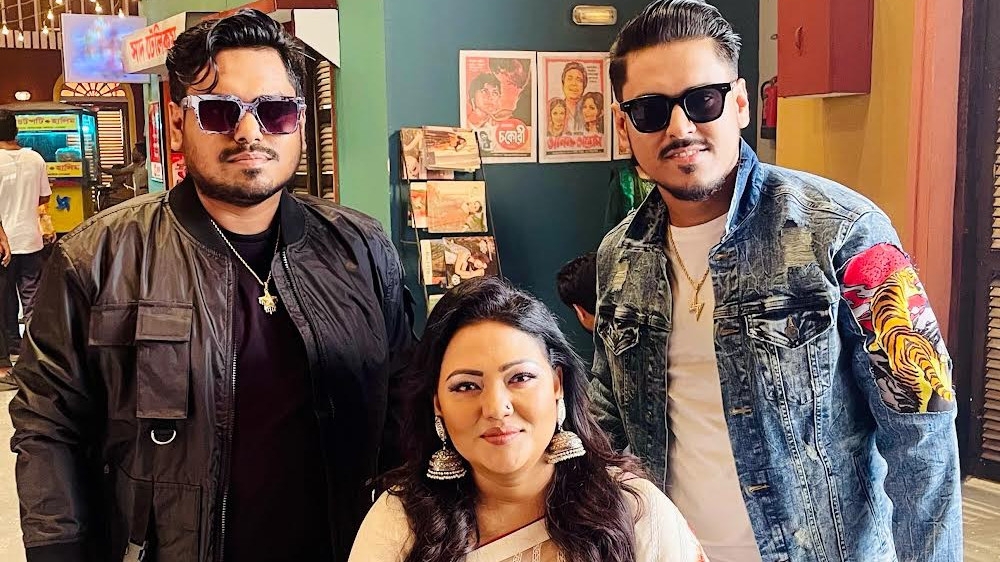 Entertainment Desk :
APEIRUSS, a music composer and producer duo composed of Sheikh Shafi Mahmud and Sheikh Saami Mahmud, have recently collaborated with Momtaz for the first time ever on a new single, said a press release.
APEIRUSS posted pictures with Momtaz on social media with the caption âComing soon.â They have also released a teaser for the song, although the title of the track has not been revealed at the time of writing. APEIRUSS said, âItâs a very special project weâve done with Momtaz. Working with her is undoubtedly a privilege and an amazing experience for us. Weâre very eager for the project to be finished.â
They further said that the song is based on a very popular tune and may have quite a few surprises for the audience. Rapper Black Zang is also featured in the track.