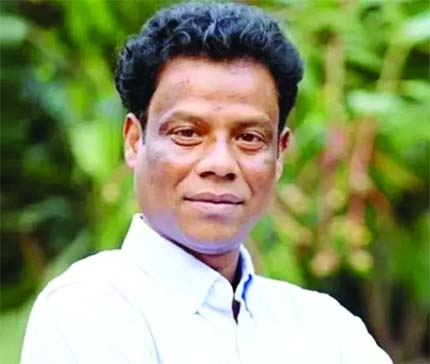 Entertainment Report :
Hanif Sanketâs popular magazine show, 'Ityadi' famed singer Akbar Ali Gazi,
popularly known by his stage name
Akbar, was put on life support on Wednesday morning in the capitalâs Birdem Hospital. Akbarâs wife Kaniz Fatema confirmed the news to the press.
His daughter also took to Akbarâs personal Facebook profile and posted about his recent condition.
Akbar was taken to the Intensive Care Unit (ICU) of the Bangladesh Institute of Research and Rehabilitation in Diabetes, Endocrine and Metabolic Disorders (BIRDEM) hospital on Saturday, according to media reports.
Doctors amputated his right leg on October 17 to stop the spread of his infection yet it has reached above the amputated section and is spreading fast.
Doctors have told the press that he might be put on life support very soon.
Earlier, Akbarâs wife Kaniz Fatema said, âOn Saturday, Akbar suddenly became very ill. Later in the afternoon, he was taken to the ICU. So far there is no change in his condition. Doctors said that he may be put on life support at any time. They took my signature regarding this.â
Akbar has been suffering from various diseases including diabetic-kidney complications for a long time and was being treated at Bangabandhu Sheikh Mujib Medical University Hospital in the capital. Prime Minister Sheikh Hasina donated Tk20 lakh for his treatment last year. He is still being treated with that donation and funds raised by various media personalities.