Afzal Hossain yet not get back his hacked Facebook ID 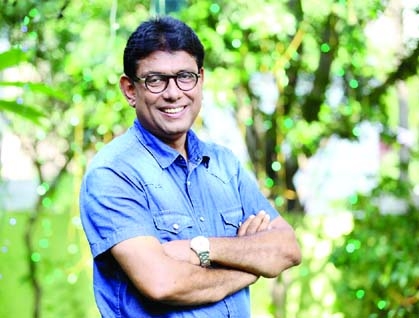 Sheikh Arif Bulbon :
Noted actor, advertisement-maker and film director Afzal Hossain on Thursday told the media that his Facebook ID was hacked one and half months ago. He was active on Facebook. But for last one and half months, he could not post anything on his Facebook page. He yet not recovered his Facebook ID also.
For this reason, Afzal Hossain requested all to be careful about using Facebook. While talking in this regard, he said, âSorry to say that for last one and half months, my Facebook page is out of my control. In fact, I donât know who and when hacked my Facebook ID. Even, I cannot write anything for many days. During that time, I realised my Facebook ID is out of my control. In the meantime, many persons posted on âmyâ related matters. I cannot response on those posts. Meanwhile, somebodyâs tag does not accept also. My works related many things are being posted on the Facebook page. I donât do anything with those posts. So, many persons are misunderstanding me. Please donât misunderstand me and I am requesting all not to contact with this Facebook ID. It has already hacked. After recovering my Facebook ID, I will inform all through media or coming to live on Facebook.â
Meanwhile, Afzal Hossain informed that he has already finished shooting of his directed new movie titled 'Maniker Lal Pipra.' Ferdous, Sohana Saba and many more acted in this movie. On November 4, on Hoichoi, web series titled 'Bodh,' directed by Amitabh Reza Chowdhury, was released where Afzal Hossainâs acting received huge appreciation from the viewers. Many viewers are showing their keen interest to watch this web series for watching Afzal Hossainâs exceptional acting in this.Â Â Â