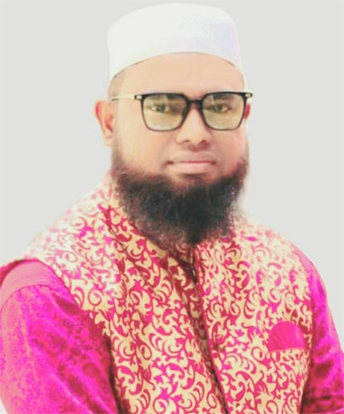 Wares Ali Khan :
Undoubtedly Agriculture has become one of the most driving sectors in the national economy. By now nearly one-fifth of the country's GDP is derived from the agricultural sector as well as it has been the optimal source of employment for a large number of the citizenry. Moreover, agriculture has been catering to sources of food and ensuring nutritional security for the masses inside the country. The contribution of the agriculture sector to the macro-economy of the country such as poverty alleviation, employment creation, and food security is surely undeniable. But due to some imprudent actions, the backbone of our country-agriculture-is facing many hard-fought challenges. To ensure the adequacy of food supply for the growing population, improvement in the quality of life, and creation of employment, a greater degree of attention has to pay to the country's agriculture.
Currently, the size of the population of the country is more than 168 million. Furthermore, 7,000 new faces are being added every day which is turning the number into a total of almost 2.5 million people a year. By contrast, nearly 80,300 hectares of land area are being lost every year as a summation of 220 hectares per day from cultivable land to develop infrastructures like roads and highways, mills and factories, residences and commercial establishments, etc.
The most substantial feature of the agriculture-centered economy in the ancient, medieval, and British periods was the predominance of grain production as a sub-sector. Although paddy and jute are the main crops of Bangladesh, wheat, tea, sugarcane, potato, and various types of vegetables are produced here in significant quantities. The other three sub-sectors of agriculture-livestock, fisheries, and forests, are relatively being treated insignificantly. This is why the aforementioned sub-sectors alongside crop varieties must be scaled up in terms of production output.
Apart from that, our peasant communities, on the whole, cultivate in the traditional method. Many of them are still solely dependent on plows, ladders, buffalos, cows, etc. for soil processing and crop cultivation. However, a significant number of farmers are now applying assorted and modern agricultural technologies. Hence, introducing biotechnology, utilizing hybridization, and applying mechanical and chemical technologies had better exert in this sector on a large scale.
Fertilizers and pesticides were introduced in the country in the early 70s to increase crop production and protect crops from the attacks of pests and insects. But due to the increment in crop cultivation, the use of excessive fertilizers and pesticides is in a highly increasing trend. Arbitrary use of pesticides in croplands, and the mixing of various harmful chemicals in grains, vegetation, fruits, and fish are causing various types of cancer in the human body.
Organic manure is the lifeblood of the soil. The soil might be barren and less productive due to the absence of necessary organic substances. In many developed countries, the use of organic fertilizers on land is mandatory for the preservation of organic particles in the soil. Surprisingly, we are moving in the opposite direction. Using organic fertilizers in the cropland might be introduced mandatorily under the supervision of the concerned agriculture department.
The cost of agricultural production is increasing day by day due to scarcity of groundwater, change of seasons and global climate, and severe natural phenomena like-drought and flood. There are also some passive grounds for price escalation like market monopoly, instability, and price syndicate. Irregularities in government subsidies, absence of a digital disbursement system of fertilizer, not selling fertilizers at government-fixed prices, asking bribes and extra money from hardworking farmers, and high interest in agricultural loans-these unsought issues must be resolved for the sake of agriculture and deprived farmers.
In addition, many of the farmers cannot store crops due to debt. They are to sell their grown products immediately after production and repay the loan installments or debts. On top of that, there is no way to preserve perishable vegetables and other agricultural products in high humidity and high temperature in the country. There is no region and product-based infrastructure. Even our cold storage has not been categorized and modernized according to the need for a different variety of crops. Therefore, well-thought-out pragmatic initiatives need to execute for fixing the issues narrated above.
In conclusion, getting reasonable prices for the grown food products for the peasantry, rendering basic agro-training to educate farmers, and serving with agro-equipment for them, breaking up market monopoly and price syndicate, stopping the interference of middlemen are influential reasons to augment food production sufficiency and thrive our agriculture sector. At the same time, providing long-term monetary incentives, cash supports, and stimulus packages along with timely disbursement of agro-loans will genuinely matter in gross food production in a significant manner.