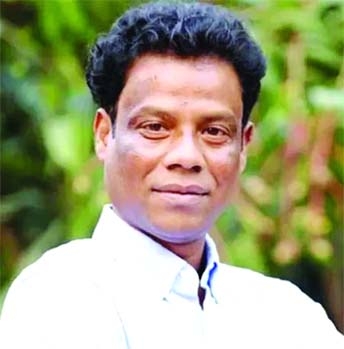 Entertainment Report :
The song titled 'Tomar Haat Pakhar Batashe' famed singer Akbar Ali Gazi died at BIRDEM Hospital in the
capital on Sunday.Â  A few days ago, the singer had to have his legs
amputated due to increased physical complications. He was under
treatment at a hospital in the capital. Due to the increased complications, he was admitted to BIRDEMâs ICU and was then shifted to the life support.
Singer Akbar Ali Gazi rose to fame with his song 'Tomar Haat Pakhar Batashe,' which was rendered at the popular magazine show, Ityadi,
hosted by Hanif Sanket. He used
to be a rickshaw-puller in the town of Jashore before that.
Akbar used to drive a rickshaw in Jessore city. His fortunes took a turn for the better after performing on 'Ityadi.' However, due to being sick
for a long time, he was unable to perform on stage shows. Prime Minister Sheikh Hasina had allotted Tk20 lakh for his treatment at the time.