Your late night calls are troubling both me and my child: Pori Moni to Mim 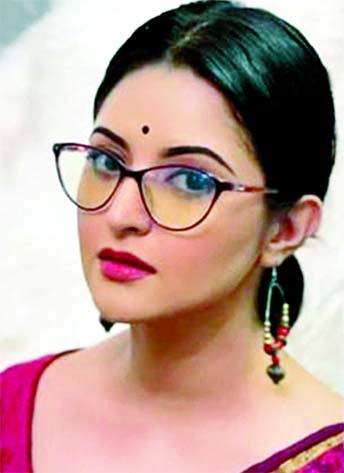 Entertainment Report :
Dhallywoodâs popular actress Pori Moni alleged actress, model and former Lux superstar, Bidya Sinha Mim of
having an adulterous relationship with her husband, actor Sariful Razz.
The accusation went viral on the
internet. âYou should be satisfied with your own husband,â wrote Pori Moni
on her Facebook wall recently.
In response, without mentioning any name, Mim on a Facebook post implied that Pori Moni is jealous of her achievements and she will take necessary
legal steps against Poriâs wild claims.
Pori Moni then wrote a much more controlled explanation of her predicament on her Facebook page this
morning. Addressing Mim, Pori wrote: âPeople who don't know me might think I'm jealous, but how
could you? I am the one who insisted that you two should work more as you look good on-screen together.â
At the same time, Pori Moni explained that the intimacy of the on-screen pair is affecting her married life. âMaking work excuses, you talk over phone all the time,â wrote Pori. âBut your late night calls are troubling both me and my child.â Portraying their good relationship, Pori Moni commented with a screenshot of her conversation with Mim in the same Facebook post, which shows that the actress even helped Mim getting new projects.