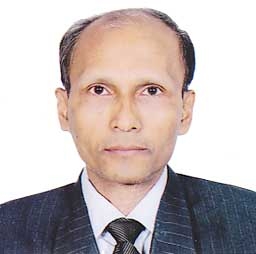 Masum Billah :
Achol Foundation has released a report on the effect of academic pressure due to mental health and the suicidal tendency of the university students. The report retains much merit as the suicidal case among the students dedicated to higher studies has seen on the rise.
The survey was conducted on one thousand 640 students from 38 public universities, 47 private universities, national university and madrasa.Â  About 43.9 per cent male students and 56.1 per cent female students participated in the survey and according to the type of universities the participants were 67.68 per cent from public universities, 23.41 per cent from private universities and 2.26 per cent from other educational institutions. The risk of mental health and suicide has sharply risen. About 57.99 per cent students who are affected by their physical and mental health are greatly afraid of its consequences and pass their days in tension.
Besides, 80.79 per cent students feel mental agony and get tired suddenly. The use of mobile and laptop exerts serious negative impact on 70.73 per cent students. Almost 71.71 per cent students suffer from excess sleeping and insomnia.Â  About 47.50 per cent students feel that they have suddenly become silent and have withdrawn themselves from many usual activities of student and social life. 2.44 per cent students have failed to commit suicide even though they attempted to do it. And five per cent pupils have got back from the idea of committing suicide even though they collected the materials of suicide.
The researcher of Achol Foundation and Assistant Professor of North South UniversityÂ  Abdul Wahab says, more than sixty per cent students have been stuck by session jam that definitely exercises negative impact on their body and mind. According to World Health Organization every 40 second one human being commits suicide in the world and broken and weak mental health can be held responsible for this cause. Our National Mental Health Institute census says that more than two crore people suffer from mental health disease and its per cent stands at 16.8 butÂ  we have only 270 physiologists and for counselingÂ  250 counselorsÂ  that prove really meager in comparison to our huge population. And in our universities we don't have any physiologists. In some private universities counselors are available but in all and the public universities doing see any counselors. Â
The reasons behind suicide of the students are being unsuccessful in the exam, pressure of studies, session jam, scarcity of job, remaining unemployed for long, not getting desired jobÂ  etc. some people don't have serious mental disorder, still they either commit suicide or attempt to commit suicide because of mental pressure or any other critical situation. This can happen due to being unable to adjust with any kind of rejection or meeting fatal accident. After student life, managing a job stands as a prime concern for the students who suffer mental pressure. Corona has caused huge problem. Due to various reasons the status of education is getting poorer and problematic. The pressure after Corona, social insecurity, entire education management not being education friendly and universities dominated by musclemen men and narrow political gains have vitiated the total atmosphere. Today's students need to acquireÂ  twenty-first century skills but our educational institutions even the higher ones stand apart from giving these skills to students. They are acquiring these skills of their own accord and from alternative sources. Higher education calls for research which sees little importance in universities. Universities are under the domination of arms and musclemen. These musclemen don't have any concern for job as their way of earning bread is different.
The greatest tension among the young generation of our country is the cause of narrowing the job market. Though it has been heard from umpteen times that the young people should not hanker after job, rather they will be employer. This plan does not practically see its implementation due to negligence or insincerity of the people concerned or wrong strategy. If the young population could have been made employer, things would taken a good shape. Some youths have taken the profession of 'outsourcing'. However, the current electricity failure has seriously disturbed their profession. Here needs state intervention that is also beyond the usual expectation. So, the biggest chunk of educated youth are hankeringÂ  after BCS examination that has already invited many criticism as many students having sound technical knowledge and degree are also vying for the position of BCS examination. These technically sound youth could have earned their bread very well and also could have employed many other youths if they had utilized their knowledge and technical know-how without showing love for becoming BCS officer. But BCS cannot accommodate many candidates that cause frustration among the youths.
Our higher educational institutions hardly produce manpower suitable for today's demand and market except providing certificates that really undermines the importance of institutions. And it is happening really though no serious concern has been raised for it.Â  Analytical reasoning is very important today for pupils but colleges and university don't have such attempt to develop this skill of pupils. Language barrier is another issue along with appropriate communication skills. Students produced by colleges under national universities, in most cases, don't give these skills to the learners who find difficult to manage jobs that cause mental pressure as they have to face social and familial criticism. If they had technological skills to earn their bread in a decent way, they would have enjoyed sound mental health. A society exists on the creative activities of humans and they should be given opportunity to exercise and bloom their hidden talents. The society which does not encourage and entertain creativity will see unsocial activities that we have started witnessing around us. Our higher educational institutions don't encourage the future leaders of the country to become creative to serve the society and nation with their creative talents.Â  The more creative endevours will be practiced, the less mental agony will occur and that will give rise to a sound society.

(The writer is President, English Teachers' Association of Bangladesh).