AL council has no link to death of a person in Sunamganj: Quader 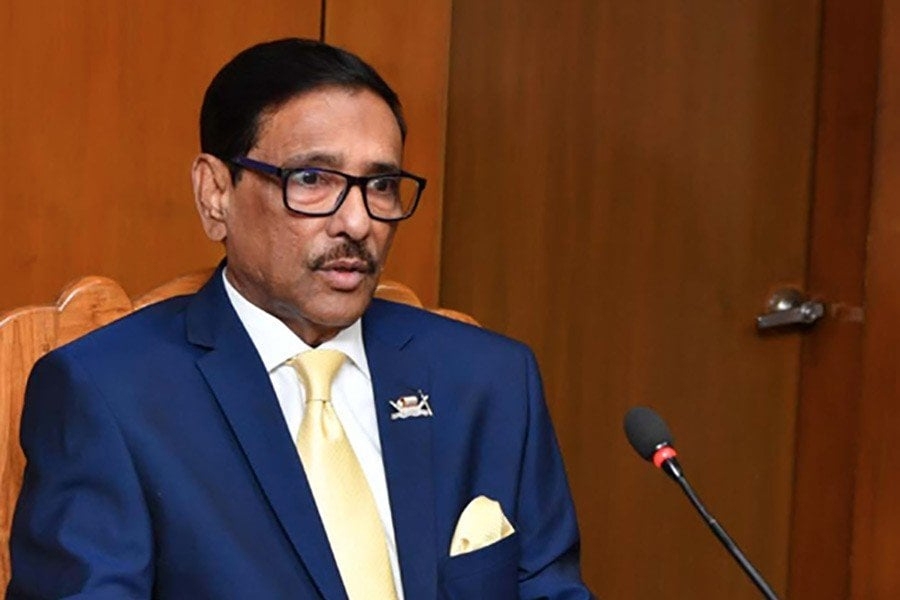 Awami League General SecretaryÂ  Obaidul Quader on Tuesday said the partyâs triennial council held in Derai upazila of Sunamganj on Monday had no connection with the death of the man named Arman .

Quader, also the Road Transport and Bridges Minister, came up with the remark while talking to the media after attending the 29th meeting of the National Road Security Council at Bangladesh Road Transport Authority headquarters in the capital.

On Monday, a 27-year old man named Azmal Hossain Chowdhury alias Arman was killed and 40 others were injured in a clash between two factions of Awami League during its triennial council in Derai upazila of Sunamganj district

On Monday morning two factions of Al engaged into a heated argument over failing to take position at the podium set up for the council.

At one stage, it turned into a violent clash as brick chips were hurled and a chase and counter chase took place.

Arman was taken to a local hospital where he succumbed to his injuries in the afternoon.