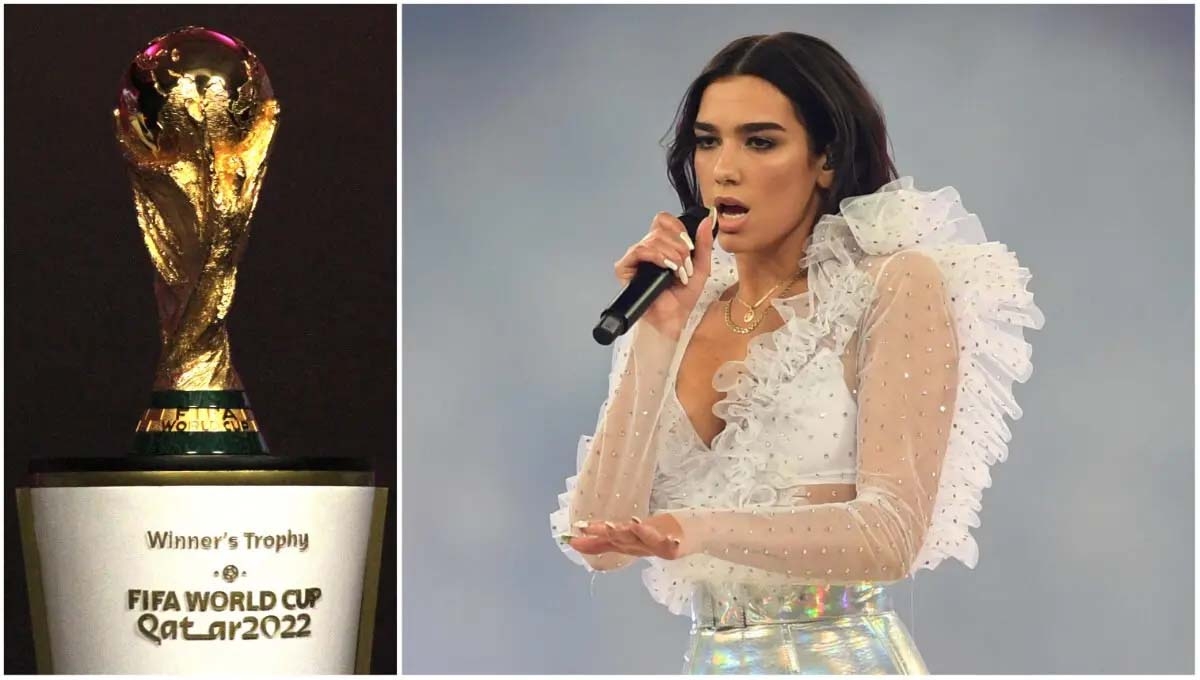 Popular singer Dua Lipa has denied reports that she will be performing at the opening ceremony of the upcoming FIFA World Cup-which will take place on November 20. The pop star said that she would not visit Qatar until they improve their human rights record.
The singer announced this news on her Instagram story. She wrote: âThere is currently a lot of speculation that I will be performing at the opening ceremony of the world cup in Qatar. However, I will not be performing and nor have I ever been involved in any negotiation to perform. I look forward to visiting Qatar when it has fulfilled all the human rights pledges it made when it won the right to host the World Cup.â
The upcoming football tournament has been dogged by controversy, with a particular focus on Qatarâs treatment of migrant workers and its criminalisation of same-sex partnerships.
According to a 75-page report released this week by the London-based human rights organisation, Equidem, the migrant workers who built Qatarâs World Cup stadiums were reportedly subjected to discrimination, long hours, unfavourable working conditions, wage theft, and multiple counts of human rights abuse from their employers.
However, Qatar has staunchly denied allegations that the 30,000 construction workers, who built the World Cup infrastructure, were forced to put their health and safety at risk.
Supporters, who were hoping to visit Qatar to see their side in action, have expressed concerns over how the country treats its LGBTQ+ community.
Dua Lipa is not the first musician to deliberately avoid performing in Qatar. Earlier, Sir Rod Stewart disclosed on that he had declined an offer of more than USD 1 million to perform in Qatar, last year.
Â Â  Â -AgencyÂ