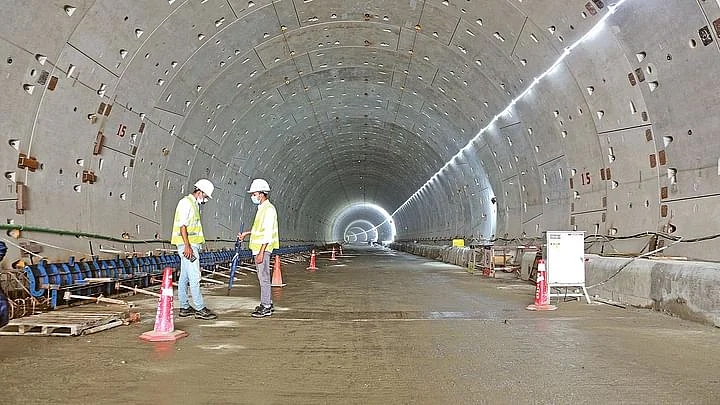 A case has been filed against six government officials, including a senior assistant commissioner of the Chattogram district administration, for dilly-dallying to pay money due for land acquisition under the Bangabandhu Tunnel Project.

The case was filed at the court of Chattogram Metropolitan Magistrate Jewel Dev, said the plaintiffâs lawyer Advocate Anamul Hoque.

Taking the allegations into cognisance, the court asked the Police Bureau of Investigation (PBI) to submit a report before it after investigating.

The plaintiff is Md Hemayet Hossain, a resident of the port cityâs Halishahar area.

According to the case statement, the victimâs grandfather Omda Miah had two families. Of them, there were two each sons and daughters in the first family and four sons in the second family.

four sons of the second family obtained some lands from their grandfather as heirs but the first familyâs members could not accept the matter.

Meanwhile, the government took the land as acquisition for the Bangabandhu Tunnel through the Karnaphuli River in Chattogram.

Centering the matter, victim Hemayet, a member of the first family, filed a case with a civil court in Chattogram earlier. Subsequently both the groups moved the High Court that ordered to take the money equally.

Following the order, a deal was inked between them over sharing the money on March 13, 2016.

Dodging the first familyâs members, the members of the second family kept the money of the land acquisition under the custody of the prime accused.

The victim and others submitted a written complaint seeking money to the executive magistrate Ahsan Murad but they received no response in this regard for a long time.

November 10 this year, the victim along with one Md Fakhrul Islam went to the magistrateâs office and wanted to know about the update of their complaint.

At one stage of the altercation, all the accused allegedly harassed the duo physically and abused them verbally.