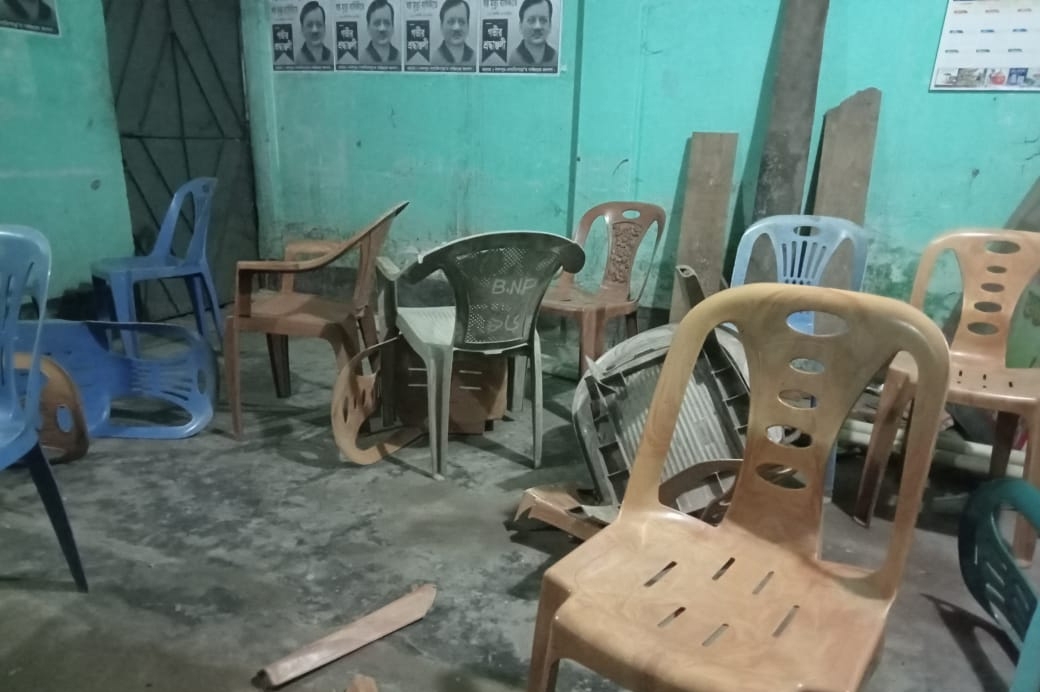 Though no one sustained injuries in this attack, valuables of the office were damaged or lost.

Nazrul Islam, convener of Lalpur municipality unit BNP, alleged that the AL men led by local leader Mustafizur Rahman carried out the attack suddenly when he was holding a meeting with his party men inside the office around 9pm.

âOur party men saved themselves by fleeing the spot,â he said.

Monowaruzzaman, officer-in-charge of Lalpur police station, said they received no allegation from anybody in this connection.