Noise pollution: The lethal soundtrack to life in Dhaka 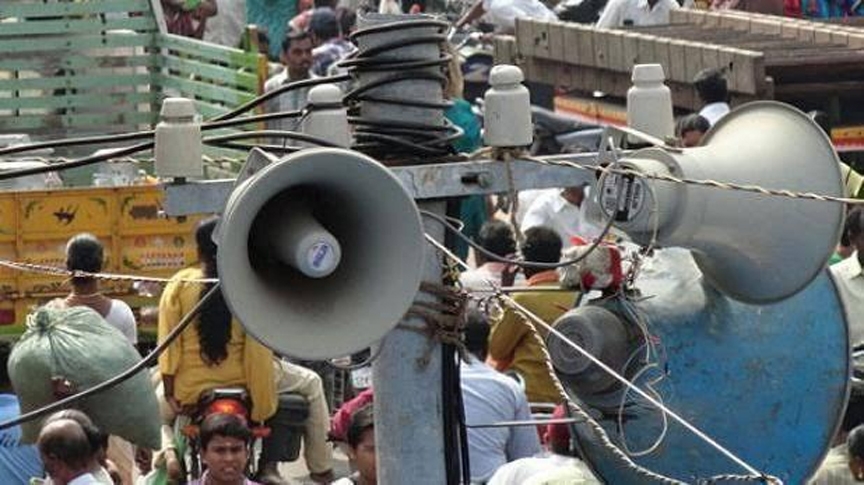 There are numerous factors that have turned Dhaka into one of the most unliveable cities in the world, but one that manages to fly under the radar despite growing to alarming levels in recent years is noise pollution.
Most residents are vocal about traffic, the lack of green spaces, the toxic air we breathe (itself a form of pollution), poor public transport, the lack of utilities in some areas. And the authorities too are sensitive on these matters at least to some extent. They are acknowledged, even if they are not fixed.
The same cannot be said of noise pollution, according to Sheikh Kanta Reza, a development worker.
âOften I have to scold some motorcyclists or fight with another human hauler or private car driver for their habit of honking horns unnecessarily while waiting in traffic signals. The situation is worsening day by day,â says Kanta, who commutes from Jhigatola to Farmgate for work during the very busy office hours.
Dhakaâs noise pollution is mainly caused by traffic horns, construction works, loudspeakers, political programmes, factory work and often generators. Together, they constitute a menace for which everyone suffers every minute of the day.
Lack of awareness about the existing laws among common people, indifference on the part of authorities concerned and even the law enforcersâ convenience have made causing noise pollution a negligible crime - even though its effects on human health can be severe.
Use of hydraulic horns in motor vehicles in Bangladesh was banned by the High Court in 2017, as it can reach volumes of 120 decibels, and exposure to such levels for longer than 60 seconds can cause immediate injury and harm to hearing.

In reality, the High Courtâs directive to the government was forgotten with time and most of the vehicles on Dhaka roads are still using them, according to Abdus Sobahan, General Secretary of Poribesh Bachao Andolon (Save the Environment Movement, popularly known as Poba).
Often the drivers speed away using those hydraulic horns, startling pedestrians who often become victims of unfortunate road accidents as a result, he said.
âHonking horns on roads has become an addiction for drivers of almost all vehicles in the city while some do it merely to exert their arrogance. But it impacts public health and mental health of children, elderly people and patients,â he added.
Tanjila Akter Lina, a private jobholder, said she hardly takes her two-year- old daughter out anymore.
âWhen I have to take her out with me anyway, I make sure to cover her ears with my hands as she gets too frightened,â she said.
WHO guidelines and relevant laws in Bangladesh
To prevent noise-induced hearing loss, the World Health Organization (WHO) recommends maintaining noises below 70 dBA (adjusted decibels, a scale of measuring noise taking sensitivity of human ear to different sound frequencies into account) over 24-hours.
According to section 45 (2) of the Road Transport Act, 2018, no motor vehicle driver should produce any noise exceeding the noise level prescribed under sub-section (1), which provides that the government or any institution or body entrusted by the government from time to time may fix the noise limit and make it public through gazette notification.
According to the WHO, prolonged exposure to sounds above 60 decibels can cause temporary deafness and more than 100 decibels can cause permanent deafness.
Meanwhile, in Dhaka a busy road usually produces 70 or 80 decibels of noise, said Poba general secretary Abdus Sobahan.

The government has divided five areas to fix the acceptable noise level according to the Noise Pollution (Control) Rules 2006. However the fact that those areas were not built in a planned manner to be distinguished and the issue was totally ignored by the government.
The rule says the acceptable sound level in the silent areas is 50 dB at daytime and 40dB at night, in residential areas its 55dB at day and 45dB at night, in the mixed areas 60dB at day and 50dB at night, in commercial areas 70dB at day and 60dB at night, and in the industrial areas 75dB for day and 70dB for night. The law says exceeding the maximum noise level in certain areas is a punishable offence but the laws are hardly ever enforced.
The noise pollution law has a provision that in residential areas from 6pm to 6am, no noises exceeding an acceptable level can be made at construction sites or projects. And it also mentions stone crushing machines cannot be used at any time of the day or night in these areas.
Yet contravening that provision, Dhaka Metropolitan Police in 2014 directed no freight trucks, covered vans, lorries, pickup vans except emergency exports goods carrying transports will be allowed to enter the capital from 8am to 10pm.
Though the directive gets violated on a regular basis, many have been using it as an excuse for conducting construction works in residential and all other areas through the night to meet project deadlines.
Anamika (given name), a resident of Moghbazar area, recently called 999 to complain about construction work running beside her building from 12am to 5am, disrupting the sleep of local residents.
âThough police came and asked them to stop the work, the Sub Inspector of Hatirjheel Police station who talked to me over phone at first tried to say that the late night construction work is legal. He said Rajuk has given them permission and what would they do as freight vehicles are not allowed to enter the city before night,â she said.
The last study to identify the sound level in the eight divisional cities was conducted by The Department of Environment (DoE) in 2017 which revealed shocking data of noise levels exceeding the acceptable levels for human ears by at least two times in all of them.
The survey was conducted at 70 points of Dhaka city and the recorded sound level reached up to 120-130dB at many points.
According to the study, the highest sound level was between 90-130 db in Dhakaâs 20 selected residential areas while it remained above 110-130 db in 20 selected mixed areas.
These areas include prime areas like Shyamoli, Tajmahal Road, Azimpur, New Market area, Shahjahanpur, Nikunja, Dhanmondi, Farmgate intersection, Karwan Bazar, Gulshan, Gulistan, Eskaton, Moghbazar intersection,Shantinagar, Jatrabari.
Among the 70 points, the lowest sound level was recorded at 100.8 at Road-18 of Uttara-14 while the highest noise level was recorded at Farmgate at 135.6 throughout the day and night time.
According to the number of horns counted, mixed area Shyamoly was at top where 598 horns were counted in just 10 minutes and of them 158 were hydraulic horns back in 2017. Even the fact that the last study was done in 2017 goes to show how the problem is neglected.
In the absence of any study since, one can only imagine to what levels it has grown by now. But you can be sure it has grown.
Additional Director General (Administration) of Health Department Ahmadul Kabir told UNB that deafness, heart disease, irritability, lack of concentration among students, lack of sleep and various inconsistencies have become common among the capitalâs residents that can be traced to extreme noise pollution
Noise pollution is also responsible for various problems of eyes and brain and due to continuous pollution, people can suffer from diabetes, gastric and even liver cirrhosis, he said.

When UNB asked Environment, Forest and Climate Change Minister Shahab Uddin about the non-enforcement of existing laws he cited lack of manpower as the main reason behind it.
âIt is hard to implement the laws to mitigate noise pollution due to lack of manpower in the Department of Environment (DoE),â he said.
In December 2019, the surrounding areas of Bangladesh Secretariat i.e. Zero Point, Paltan Mor, Secretariat Link Road were declared a âno horn zoneâ but this was never implemented and the drivers did not stop honking.

When the minister was asked about it he said that the mobile courts will be conducted again in the declared quiet areas.
âEven earlier, drivers of many vehicles, including many government vehicles, were fined,â he said. But clearly to no avail.