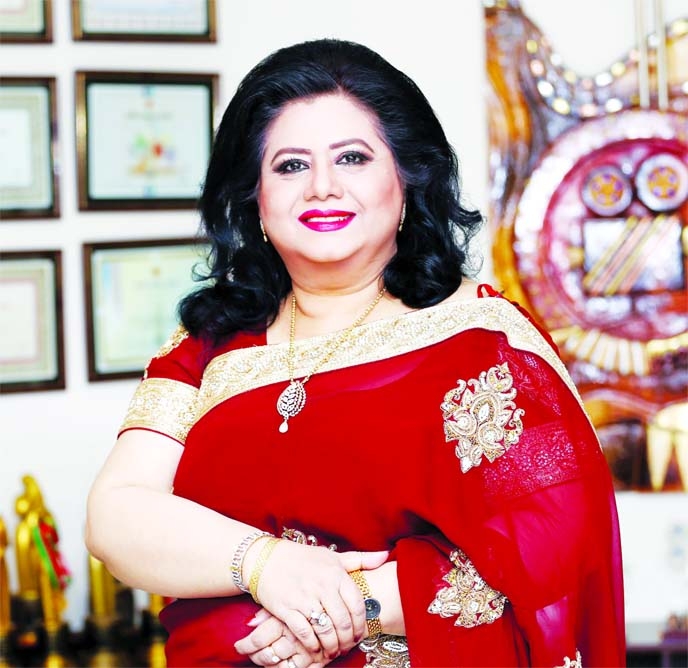 Sheikh Arif Bulbon :
Legendary singer and music composer
of the subcontinent Runa Laila is pride of Bangladesh. She first won the hearts of many Bengali film-lovers rendering playback song titled 'Gaaner e khatai swaralipi likhe bolo ki hobe,' which lyrics were written by Gazi Mazharul Anwar and music was composed by Sudol Das, in movie 'Swaralipi.' 'Jibon khatar chino pata shudhu behisebe bhore robe' was one of the lines of this song.
Runa Laila will turn 70 today (November 17).
According to this legendary singer, this yearâs birthday will become more significant rather than her previous yearsâ birthdays. Basically, today is Runaâs one of the special days as she will pass times with her family. Today at 12:30pm, she will take part in Channel iâs celebrity talk show titled 'Taroka Kothon' to be produced by Anonno Ruma. In this programme, Konal, Zhilik, Tariq Mridha and Mezbah Bappi rendered a chorus song on Runa Laila will be aired. Hasnat Karim Puntu wrote lyrics of the song while Monwar Hossain tutul has composed its tune.
While talking about celebration of her this yearâs birthday, Runa Laila told this correspondent, âIn fact, this yearâs birthday seems to be something special to me as I think. Many days ago, preparations were taking to celebrate this day. To celebrate my birthday, there is a family arrangement also. All of our family will be present on this day. Therefore, there is special event on Channel i. But on my special day, I can remember my parents. I can also remember my elder sister Dipa Apa. If everybody remains, this day will become more specialized. Alhamdulillah, I am well now. Everybody prays for me as I can remain well in future.â
In 2015, Runa Laila completed 50 years of her musical career. In 1977, she first got the National Film Award for lending her voice for playback song in Abdul Latif Bachchuâs movie 'Jadur Banshi.' Then she also got this awards for several times for rendering playback songs in movies 'Accident,' 'Antore Antore,' 'Tumi Ashbe Bole,' 'Devdas' and 'Priya Tumi Sukhi Hou.' Few years ago, she received 'Distinguished Celebrity Legend Award' in USA. Runa Lailaâs only daughter Tani Laila is residing in London.
While mentioning her memory with noted film actor and her husband Alamgir, Runa Laila mentioned her acting with him in Chashi Nazrul Islam directed movie titled 'Shilpi.' After this movie, Runa Laila did not see to act in the silver screen again. She said, âNo, I will never acting in any movie. Only for self-liking, I acted with Alamgir in movie 'Shilpi.' In fact, acting is really a difficult task. As concept and story of movie 'Shilpi' was revolved my own life story, so that with the inspiration of Chashi Nazrul Islam, I acted in the movie during that time. I donât want to show this type of daring. I am a singer - itâs my big identity, which has many loves.â
It is noted that Runa Laila composed five songs with the initiative taken by Dhruba Guha of Dhruba Music Station. Late Gazi Mazharul Anwar and Kabir Bakul wrote lyrics of these songs. Later, she released an album titled 'Legend Forever' under own music composition where Asha Bhosle, Hariharan, Adnan Sami, Rahat Fateh Ali Khan and Runa Laila herself rendered songs.Â Â Â Â Â Â