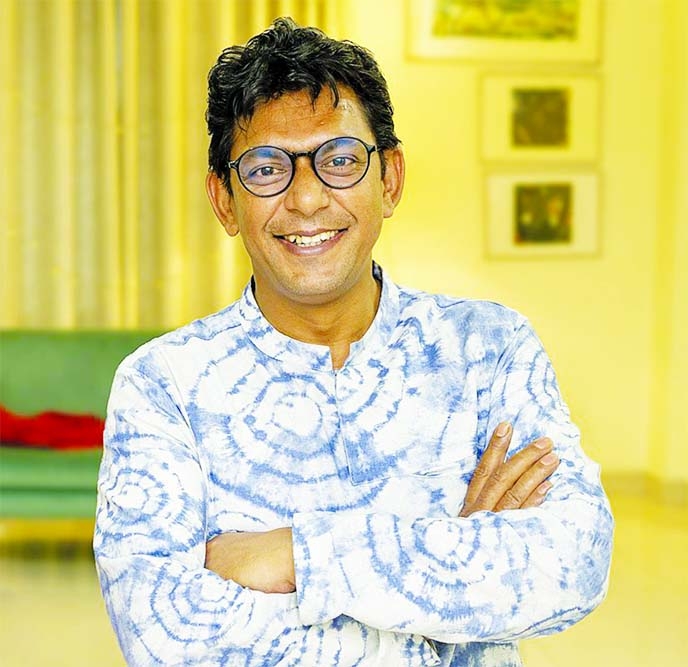 Entertainment Report :
Before starting acting in the television media, silver screen and OTT platform, celebrated actor Chanchal Chowdhury started his acting career with theatre plays. To act on the stage, he joined the popular theatre troupe, Aranyak Natyadal after getting admitted to
the university. Once upon a time, he was a regular performer on the stage for the theatre group, Aranyak Natyadal. During that time, two of the groupâs productions titled 'Rarang' and 'Songkranti.' These two productions got huge appreciation from the audience.Â  Now, Chanchal Chowdhury is all set to make a comeback to the stage after a long time break. The actor will once again perform on the stage with the 199th and 200th shows of popular theatre play 'Rarang' this month.
The actor confirmed the news yesterday. He said, âIn fact, 'Rarang' is one of my favourite plays and it received huge loves from the audience. That is exactly why there have been so many shows of this particular production. So, I will be returning for the landmark shows of 'Rarang' this time. I played the character of a police officer in this production. Those who have watched the play before are aware that I share the stage with AKM Hasan. I hope the audience will enjoy our chemistry, as they have in the past.âÂ  Chanchal informed that February 29 is a special day for him, as it marks the birthday of his mentor, Mamunur Rashid. âHis birthday comes once every four years. The last time I worked on this production was four years ago, on his birthday. This time, the show will be more memorable for me because it's the 200th show of 'Rarang,â said the actor.
The play 'Rarang' was written and directed by eminent theatre personality Mamunur Rashid. The play sheds light on the rebellion of the Santal community-an indigenous minority group living in the country's northern region-against the oppression of the British regime. A Santal word, 'Rarang' means âa call to rise.â