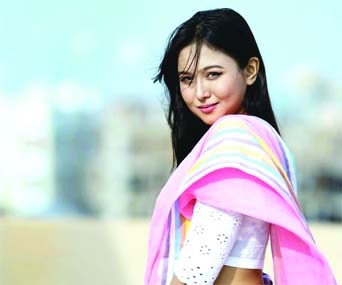 Entertainment Report :
Popular face of the small screen, actress Rukaiya Jahan Chamak has been seriously injured in a road accident. The news was announced through her official Facebook page. In the post, the actress asked the audience to keep her in their prayers.
However, it was not immediately disclosed where and how the accident took place, and what the current physical condition of the actress was. The only information shared, was that Chamak is currently under medical observation. Over a short period of time, Chamak dazzled the audience with her brilliant performances and charming aura on the small screen. She caught the attention of the audience with her performance in the web series titled 'Mohanagar.'
Recently, Chamak has joined the cast of the Liberation War based movie titled 'Joy Banglar Dhoni,â which is directed by K M Khurshid. The story of the movie is written by the former Minister of Shipping, Shajahan Khan. In the movie, Chamak will be seen opposite actor Nirab Hossain.