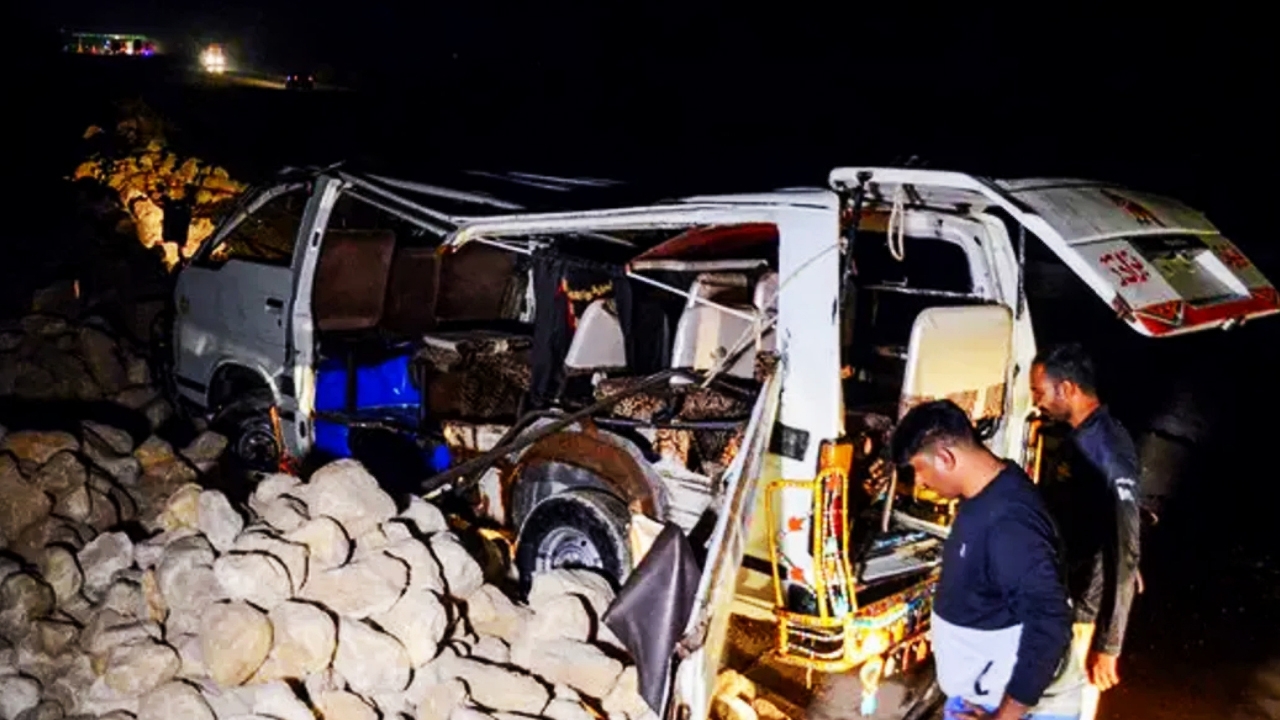 Twenty people were killed and 13 others injured when a passenger van fell into a water ditch in Pakistan's south Sindh province on Thursday night, local reports said on Friday.

The accident happened in the Sehwan area of the province when the van fell into the ditch adjacent to a main highway.

Authorities created several ditches, including the one where the van fell, in the area two months ago to drain flood water.

The highway remained closed during peak flood times and recently opened to the traffic after the flood water started receding from the area.

However, the police said the part of the highway where the accident happened was restricted and there was a diversion at the road, but the driver failed to notice the barricades due to overspeeding.

The injured people including women and children were shifted to a nearby hospital, and several of them were said to be in critical condition.

The deceased and injured were relatives who were on the way to a shrine in Sehwan.Â