A different kind of recognition goes to Farhana Mili 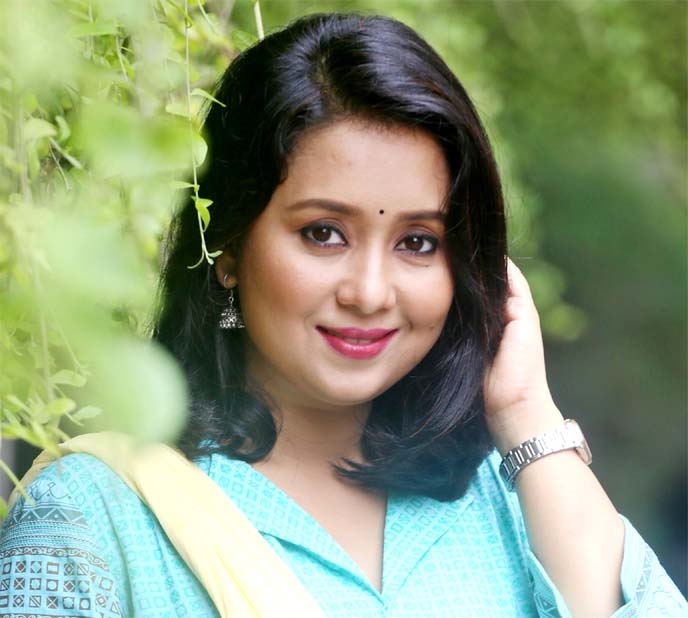 Sheikh Arif Bulbon :
Farhana Mili is basically an actress of television drama. She is popular among the drama-lover viewers. But 13 years ago, she won the hearts of many viewers playing
the role of Pori in Gias Uddin Selim directed movie 'Monpura.' Later, Mili did not see
to act in any other movie.
According to the actress, she got many offers for acting in movies later. But she did not agree to act because there was absence of original story and she didnât like her characters in those movies. However, Mili did not stop acting. She then acted in good story based dramas one after another. Though she didnât work like other actresses day by day but she regularly continued acting. She always concentrated to select story and her character from own responsibility as an actress. Even her acted movie 'Monpura' got National Film Awards in numerous categories but Mili did not get individual award in this regard. Mili didnât have any repentance in this regard, according to the actress.
Mili believed she acted for getting loves from the audience rather than not to get the award for 'Monpura.' She got itâs prove for last 13 years of her acting career. Still now when viewers see her, they express their loves to the actress. This time after passing 13 years of releasing movie 'Monpura,' Farhana Mili will get a different kind of recognition in the category of âHistory in One Movie.â Today Mili will receive the award in this category to be organised by Starplus Communication at a city hotel.
Mili will receive the award from legendary singer of the subcontinent, Runa Laila as she will be present as the chief guest in the programme.
While sharing her feelings in this regard, Farhana Mili told this correspondent, âAs an actress, I am trying to give my level best effort while acting. It is being done since the beginning of my acting career. My mind never agreed to act if I didnât like the script after reading this. It was really a great work for me to act in movie 'Monpura.' It is really a great luck for me to receive the award from Runa Laila Madamâs hand. I am grateful to the organisers of the event.âÂ