Too much credit give to actors, they do nothing: Priyanka Chopra 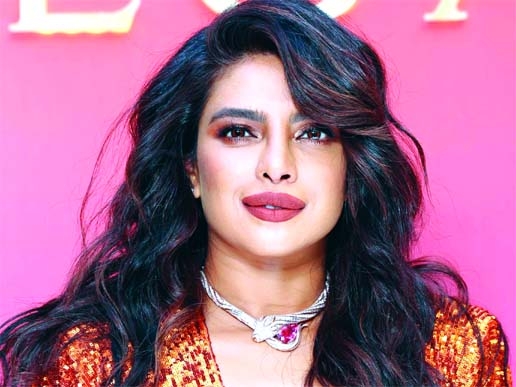 In a recent interview, the 'Quantico' famed actress Priyanka Chopra opened up about her experience of juggling her various jobs and interests, including: being an actor, writer, director, choreographer and many others.
The actress said during the interview: âActors are given too much credit, all they do is say somebody elseâs words, lip-sync songs that are in someone elseâs voice and get dressed by somebody else. I think as actors we have âvery limitedâ roles,â
Priyanka Chopra mentioned how she had learned how to be the âbest actressâ by working with the âbest filmmakers.â
She also said, âWorking with the biggest names in the business gives you the ability to take chances. This doesnât have to do with just working with the best in the business, in the USA. Even when I was working in Bollywood with the best filmmakers, they taught me how to be the best actress.â
Priyanka would also go on a rant about how actors and actresses really donât have to do a lot. âWe give too much credit to actors and actresses; actors do nothing by the way. We really donât. Iâve always said this. Those 30 seconds of a scene, is where we come in,â she added.
After appearing in 'The Matrix Resurrections,' Priyanka Chopra is all set to star in the web-series, 'Citadel,' produced by the Russo Brothers.
At the same time, she is also working on a Bollywood movie titled 'Jee Le Zaraa' alongside Katrina Kaif and Alia Bhatt.
Â Â  Â -Agency