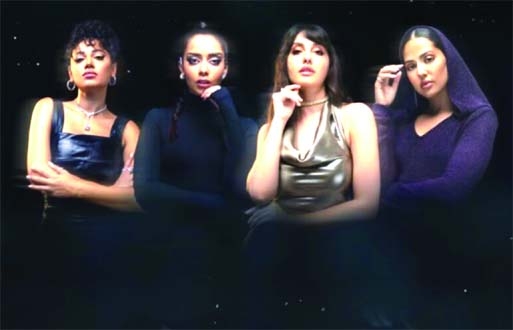 FIFA World Cup song :
The first FIFA World Cup to be held in the Middle East will bring together a star-studded lineup of football players in Qatar from November to December. While it promises to be a great spectacle, Arab music legends will provide the soundtrack.
The most recent song to be released as part of the official soundtrack is Light The Sky, which follows the releases of Hayya Hayya (Better Together), Arhbo, and The World is Yours to Take.
It is quite notable in that Light The Sky is a breathtaking collaboration amongst four of the most well-known female vocalists in the Arab world.
Emirati singer-songwriter Balqees, award-winning Moroccan singer-songwriter Manal, Moroccan-Canadian sensation Nora Fatehi and Iraqi diva Rahma Riad, all contribute their enchanting voices to the captivating tune.