Messi, Ronaldo and Neymar among stars preparing for final shot at glory 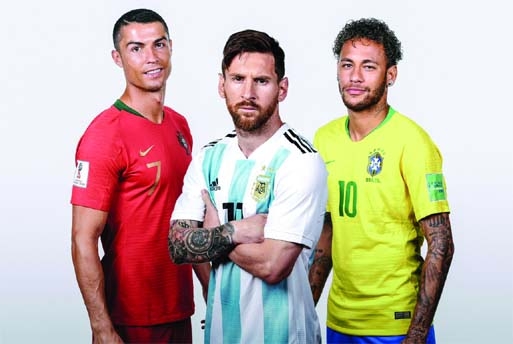 A footballing era, the like of which we will be lucky to see again, will come to an end in Qatar, as the hosts of icons are braced for what will likely be their final appearance at a World Cup.
Ever since Germany 2006, Cristiano Ronaldo and Lionel Messi, the standout players of their generation, have been the undisputed poster boys for all the tournaments that have followed.
Despite the diminishing powers of the respective 37 and 35-year-olds, Qatar 2022 is no different, with the prospect of either Ronaldo or Messi cementing their legacy as the game's greatest at the expense of their eternal rival a fascinating one.

Ronaldo and Messi are not the only familiar faces set for a World Cup farewell. At the age of 39, Brazil's Dani Alves and Portugal's Pepe will surely grace the tournament for the final time, as will 38-year-old Thiago Silva, 37-year-old Luka Modric, 36-year-old Manuel Neuer and Olivier Giroud, and Luis Suarez, Edinson Cavani and Hugo Lloris, who are all 35.
With France striker Karim Benzema, Spain midfielder Sergio Busquets and Poland forward Robert Lewandowski all 34-years-old, and Germany forward Thomas Muller 33, the list of players potentially appearing on the world stage for the last time is as lengthy as it is illustrious.
Whether this might be Kevin De Bruyne's or Neymar's last World Cup remains to be seen, but make no mistake, international football will be left with a void which could take another generation to fill.