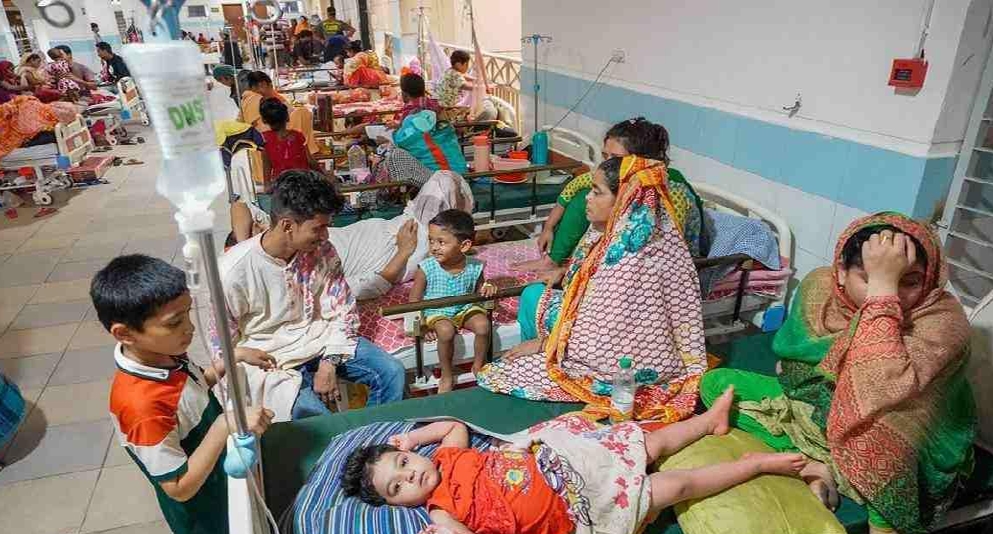 With four more deaths from dengue confirmed in the 24 hours till Sunday morning, the official death toll from the disease rose to 230 in 2022 â the highest on record after the 179 deaths recorded in 2019.

On November 3, Bangladesh reported nine dengue deaths, the highest in a single day this year.

Of all the patients who died in the last 24 hours, two were from Dhaka division, one each from Chattogram and Rajshahi divisions. The latest numbers took Dhaka, Chattogram, and Barishal divisionsâ death toll to 139, 57, and 11, respectively.

During this time, 646 more patients, including 320 in Dhaka city, were hospitalised with the mosquito-borne disease, according to the Directorate General of Health Services (DGHS).

A total of 2,478 dengue patients, including 1,386 in the capital, are now receiving treatment at hospitals across the country.

Bangladesh is being hit hard by a recurrence of an outbreak of dengue, the disease that is endemic to the country.

Doctors and health experts say that measures taken by the city corporations and other authorities are not proving to be effective. The publicity and drives carried out by the authorities to destroy larvae of Aedes mosquito are proving to be inadequate.

Dengue outbreaks in Bangladesh exceeded all previous records in 2019, mostly in the capital city of Dhaka. A total of 101,354 dengue cases with 179 dengue-related deaths were officially recorded.