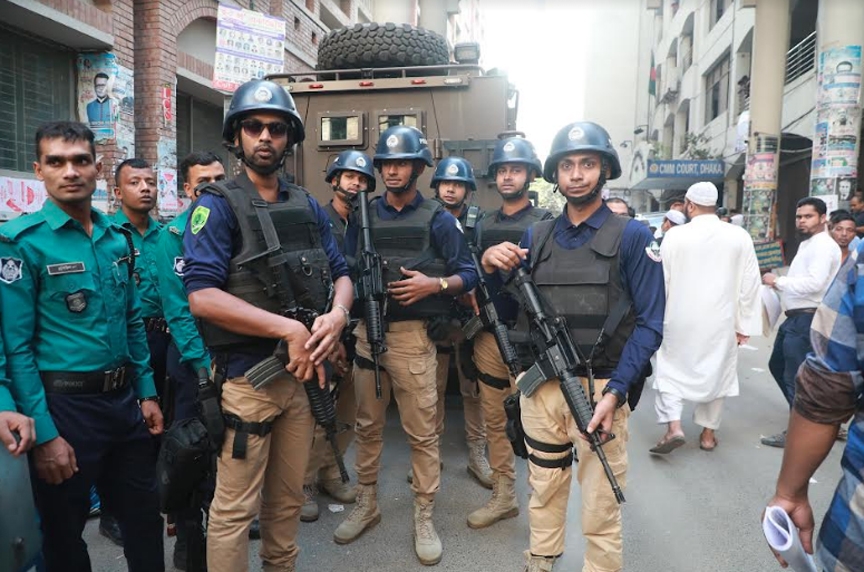 Home Minister Asaduzzaman Khan has said that the government has issued red alertÂ  at all the entry and exit points of the country to arrest the two Ansar al-Islam members who escaped from the premises of a Dhaka court Sunday noon.

The Minister said this while talking to journalists at his office at the Secretariat.

âPolice are looking for them everywhere. I hope weâll be able to arrest them soon. Weâve told law enforcement agencies to beef up their surveillance at the border areas so that they canât leave the country,â Asaduzzaman said.

He said that some associates of the two militants sprayed pepper spray in the eyes of policemen to snatch them from police custody.

âThe two militants were taken to the court earlier today and were kept at the lock-up. After producing them before a magistrate when police were taking them back to the lock-up some of their accomplices appeared there, sprayed pepper spray and whisked away with the militants,â Asaduzzaman said.

The Minister added that exemplary punishment will be given to those whoâll be found responsible for negligence in duties.

âMilitants escaping from the hands of police is an unfortunate incident. Weâll form a probe body and take necessary steps so that such occurrences donât happen again,â added Asaduzzaman.

Â âThe convicts sprayed something on the eyes of two policemen and escaped while they were being taken to the court. Weâre searching for them in the nearby areas. This is the first time something like this has happened in the country,â said Harun.

Publisher Dipan, son of Prof Abul Kashem Fazlul Huq of Dhaka University, was hacked to death in his office on the second floor of Aziz Supermarket at Shahbagh in the city on October 31, 2015.