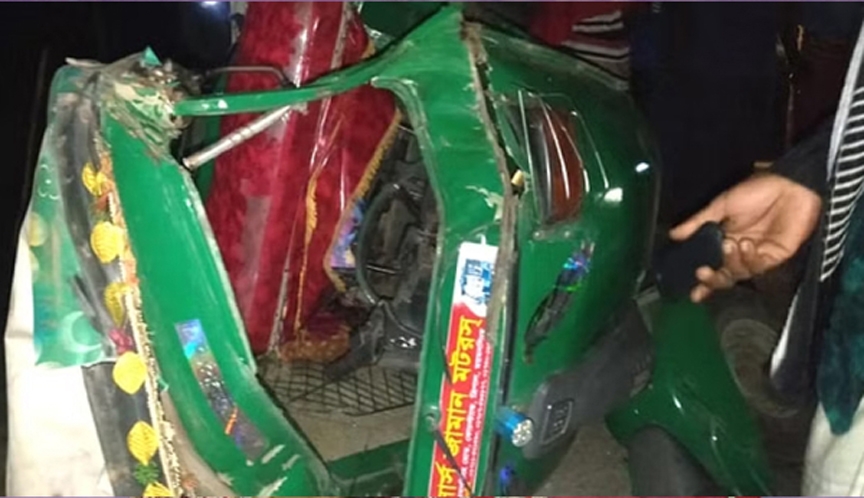 Five people were killed as a truck crashed into a CNG-run auto-rickshaw in Mymensingh's Trishal Sunday, police said.

The identities of the five people killed could not immediately be confirmed but they were described as three men, one woman, and a girl child from Uchakhila union of Ishwarganj upazila of Mymensingh.

The accident occurred at 7:45pm on the Balipara road as the auto-rickshaw tried to overtake the truck, Main Uddin, officer-in-charge of Trishal Police Station, said.

The men, woman, and child â all passengers of the auto-rickshaw â immediately died from the impact of the crash, he added.