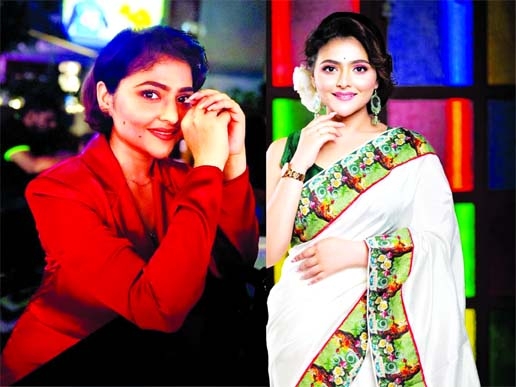 Entertainment Desk :
Kolkata actress Aindrila Sharma passed away on Sunday at a hospital in Kolkata. She was undergoing treatment after suffering multiple cardiac arrests earlier this week. She was only 24 years old.
The actress was on ventilator support at a private hospital in Howrah after suffering multiple cardiac arrests on Saturday night. She reportedly breathed her last at 12:59pm after she suffered another massive heart attack, reports Times of India.
The actress was a cancer survivor who had been declared cancer-free by doctors after defeating the disease twice.
She was admitted to the hospital on November 1 after suffering from a brain stroke. She reportedly had an intracranial hemorrhage. On November 14, Aindrila suffered from multiple cardiac arrests following which her health deteriorated. She unfortunately breathed her last on November 20.
The cancer survivor Aindrila Sharma made her television debut with 'Jhumur' and went on to star in shows such as 'Mahapeeth Tarapeeth,' 'Jibon Jyoti' and 'Jiyon Kathi.' She was also part of movies like 'Ami Didi No 1' and 'Love CafÃ©.'
Sabyasachi Chowdhury, boyfriend of the actress, earlier wrote: âI never thought that I would write this here. However, today is the day. Pray for Aindrila. Pray for a miracle. Pray for the supernatural. She is fighting against all odds, beyond human.â