Purnima awarded for presentation too 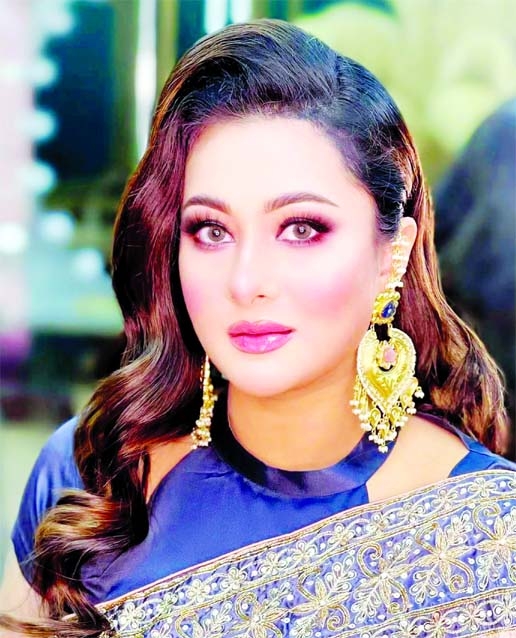 Sheikh Arif Bulbon :
Dhallywoodâs popular actress Dilara Hanif Purnima first got the National Film Award for acting in Kazi Hayat directed 'Ora Amake Bhalo Hote Dilona.' But many fans of the actress believed that Purnima should getÂ  the award
earlier. Though acting outstandingly well in many movies Purnima first
got the National Film Award in 2010.
The actress has also achieved appreciation from the audience for anchoring for last few years. She is getting more appreciation from the audience for presenting shows in and outside Dhaka and many corporate programmes and in various television channels.
Recently Purnima got the Best Presenter award at âDeepto TV Sommanona Award 2022.â This was first award for the actress as a presenter. While sharing her feelings in this regard, Purnima told this correspondent, âBesides acting, when I started programme presentation my fans started to encourage me to continue it. If I would not get inspiration from them, I could not step forward. In fact, viewersâ loves and inspirations helped me to come into this position. I am grateful to the Deepto TV authority to honour me as a presenter. This award will inspire me to step forward in the field of presentation as I believe.â
Purnima also said that few days ago, she started shooting of Chhotku Ahmed directed government granted movie titled 'Ahare Jibon.' Popular actor Ferdous is acting opposite Purnima in this movie. Meanwhile, Purnima starrer and Noim Imtiaz Neyamul directed two movies - 'Gungchil' and 'Jam' - are waiting to get release dates now. Therefore, Purnima is not acting in any other movie now, said the actress.Â