Benzema out of World Cup with injury 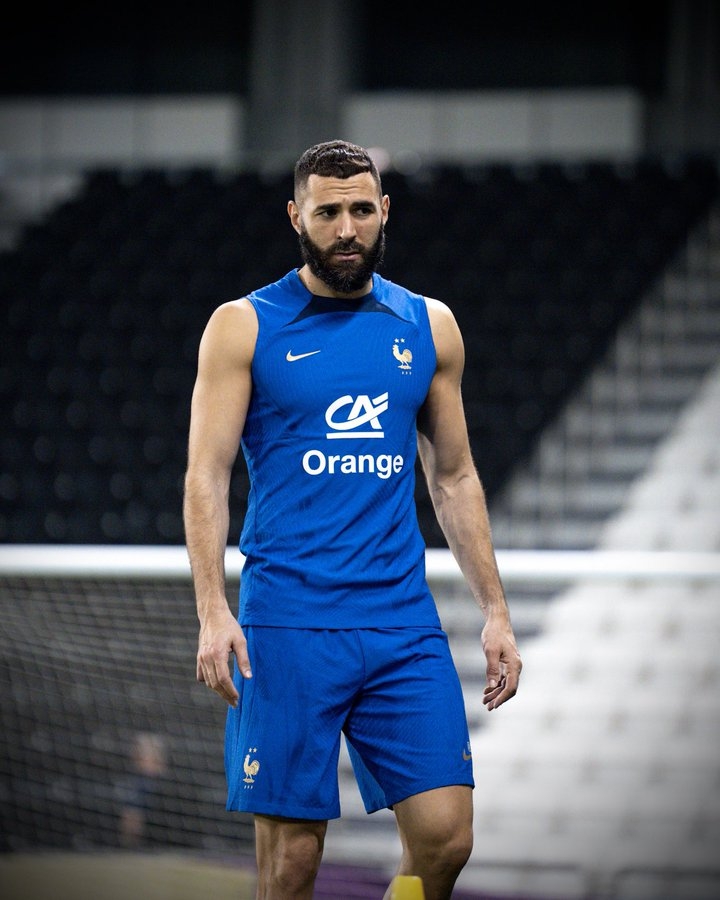 AFP, Doha :
France's hopes of successfully defending the World Cup were dealt a huge blow late on Saturday as Ballon d'Or winner Karim Benzema was ruled out of the tournament in Qatar with an injured left thigh.
The 34-year-old Real Madrid striker had been struggling with the injury for some time and had played less than half an hour of football in his club's last six games before the World Cup.
On Saturday, he took part in full training for the first time since the World Cup holders gathered last week ahead of the tournament.
He was forced to withdraw from the session at the home stadium of Qatari champions Al Sadd with the injury and was taken for tests.
The French Football Federation (FFF) later said in a statement that the injury "will require a recovery period of three weeks", ruling out any prospect of him being fully fit for the tournament which finishes on December 18.
"I am extremely sad for Karim, for whom this World Cup was a major objective," France coach Didier Deschamps was quoted as saying in the FFF statement.
"Despite this new blow for the France team I have full faith in my squad. We will do all we can to rise to the huge challenge that awaits us."
The 36-year-old Olivier Giroud is set to benefit from Benzema's absence by coming into the France attack alongside Kylian Mbappe and Antoine Griezmann.
However, under FIFA rules Deschamps can still call up a replacement for an injured player until Monday, on the eve of their first game.
France begin their defence of the trophy on Tuesday, when they take on Australia in Al Wakrah.
They will also play Denmark and Tunisia in Group D as they aim to become the first team since Brazil in 1962 to retain the World Cup.
Benzema's injury is a major blow for Deschamps, whose preparations for the tournament had already been hampered by fitness problems.