Ronaldo, Messi unite for their first ever joint-promotion

Victory is a state of mind 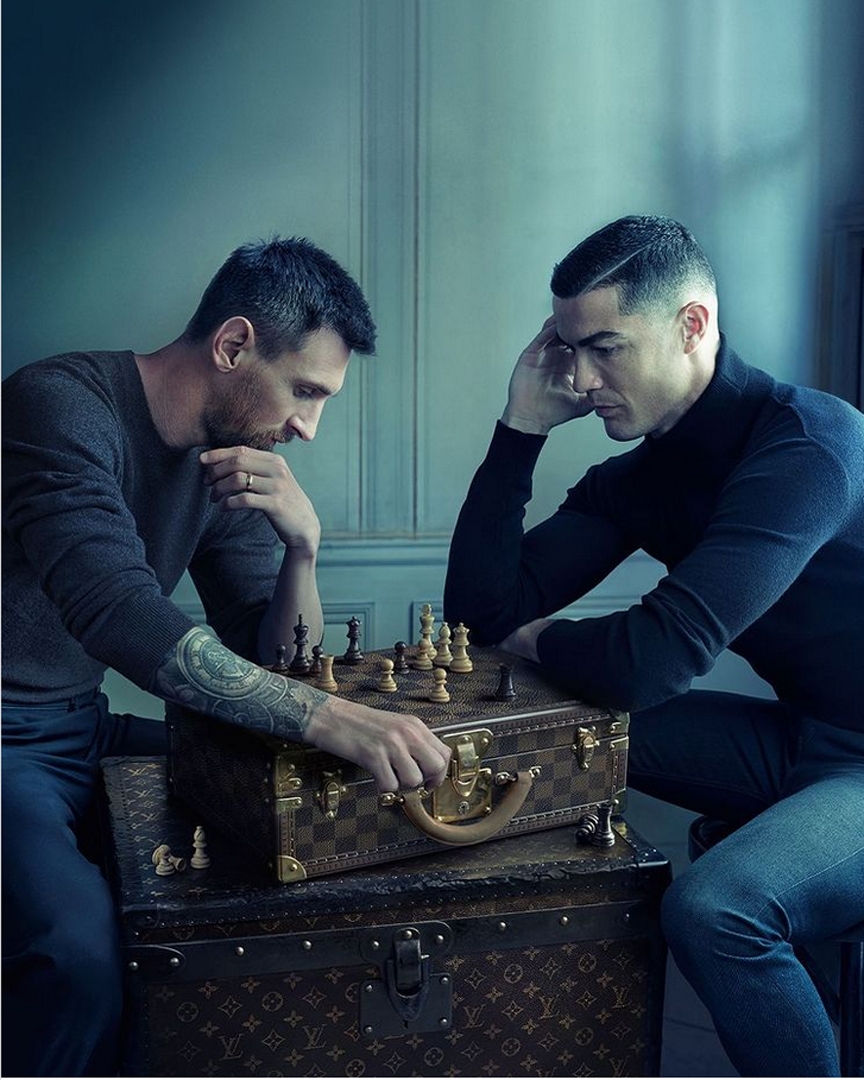 Agency :
Fashion house Louis Vuitton has pulled off a coup by pairing Lionel Messi and Cristiano Ronaldo together for their first ever collaborative campaign on the day when the 2022 FIFA World Cup kicked-off.
Both players were seen seated across from one another at a chess board in the most recent advertising campaign for the clothing company.
Both Ronald and Messi took to their Instagram accounts to announce the paid partnership, with the caption: 'Victory is a state of mind.'
Earlier this week during his explosive interview with Piers Morgan, Ronaldo has paid tribute to Messi calling him 'magic.'
"Amazing player, he is magic, top," Ronaldo told Piers Morgan.
"As a person, we share the stage 16 years, imagine, 16 years, we share. So, I have great relationship with him."
"The best player you've ever seen? Excluding yourself?"
Piers Morgan asks Cristiano Ronaldo his true feelings about Lionel Messi as a player and a person.
"I'm not friend of him in terms of, what I mean is a friend is the guy who is with you in your house, speaking on the phone, no, but it's like a team-mate.
"He's a guy that I really respect the way he always speaks about me. Even his wife or my wife, my girlfriend, they always respect and they're from Argentina. My girlfriend is from Argentina. So good. What I am going to say about Messi? A good guy who does everything for football," he added.
Cristiano Ronaldo's Portugal will open their campaign against Ghana on November 24. They will face Uruguay on November 28 and then take on South Korea in their final group match on December 2.
Lionel Messi's Argentina are slated to play Saudi Arabia on November 22. They also face Mexico on November 26 and Poland on November 30.