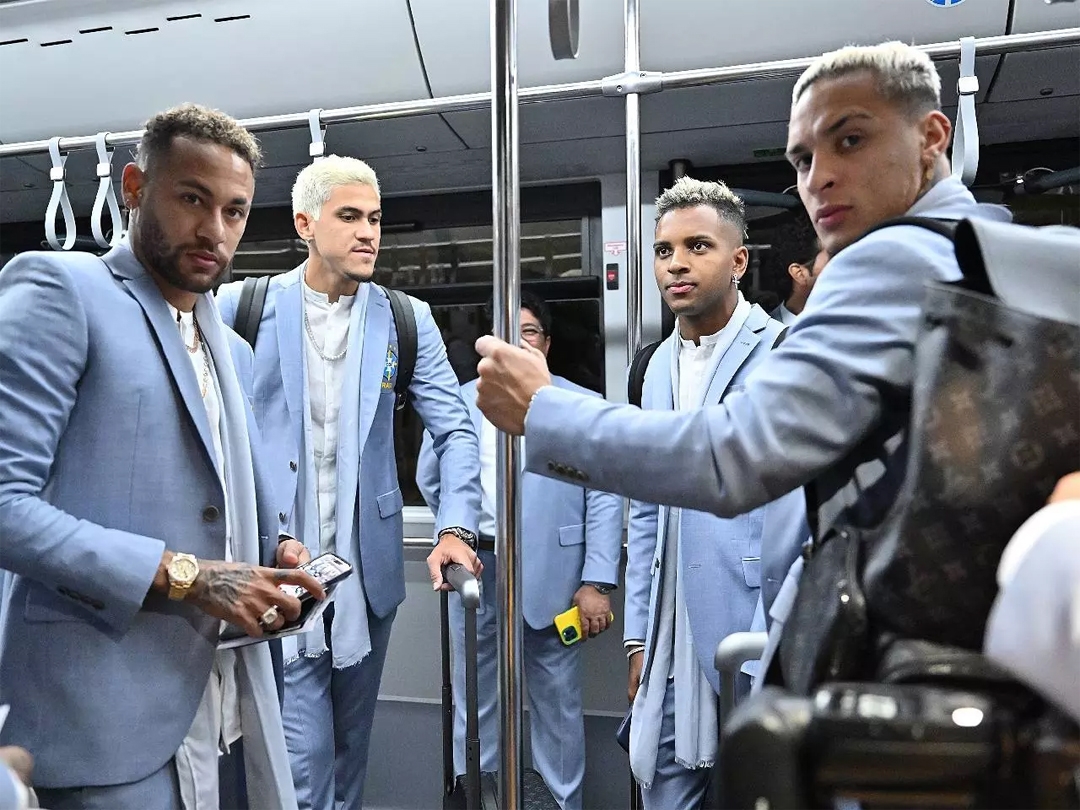 AFP, Doha :
Neymar and the rest of the Brazil World Cup squad arrived in Doha late Saturday.
The South Americans' flight from Turin in Italy where they have been based this week touched down at around 23:00 local time (21:00GMT).
In search of a sixth world title Brazil enjoyed an outstanding qualifying campaign, as they went unbeaten to finish top of the single South American qualifying group.
Tite's squad was the last to arrive of the 32 assembling for the World Cup which kicks off on Sunday with the hosts facing Ecuador.
Brazil, knocked out by Belgium in the quarter-finals in the 2018 edition in Russia, open their campaign against Serbia next Thursday.
Brazil's last World Cup triumph was 20 years ago inspired by the attacking triumvirate of Ronaldo, Rivaldo and Ronaldinho.
The class of 2022 are due to have their first training session on Sunday evening at Al Arabi stadium.
Paris Saint-Germain forward Neymar, the world's most expensive player, lines up for his third World Cup in fine form for his French club.
The 30-year-old has scored 13 goals with 11 assists in 19 games in Ligue 1 and the Champions League.
Undefeated in their last 15 games Brazil last encountered defeat against Lionel Messi's Argentina in the Copa America final at Rio de Janeiro's Maracana stadium in 2021.
Brazil are drawn in Group G with the Serbs and Switzerland, familiar foes from four years ago, and Cameroon.