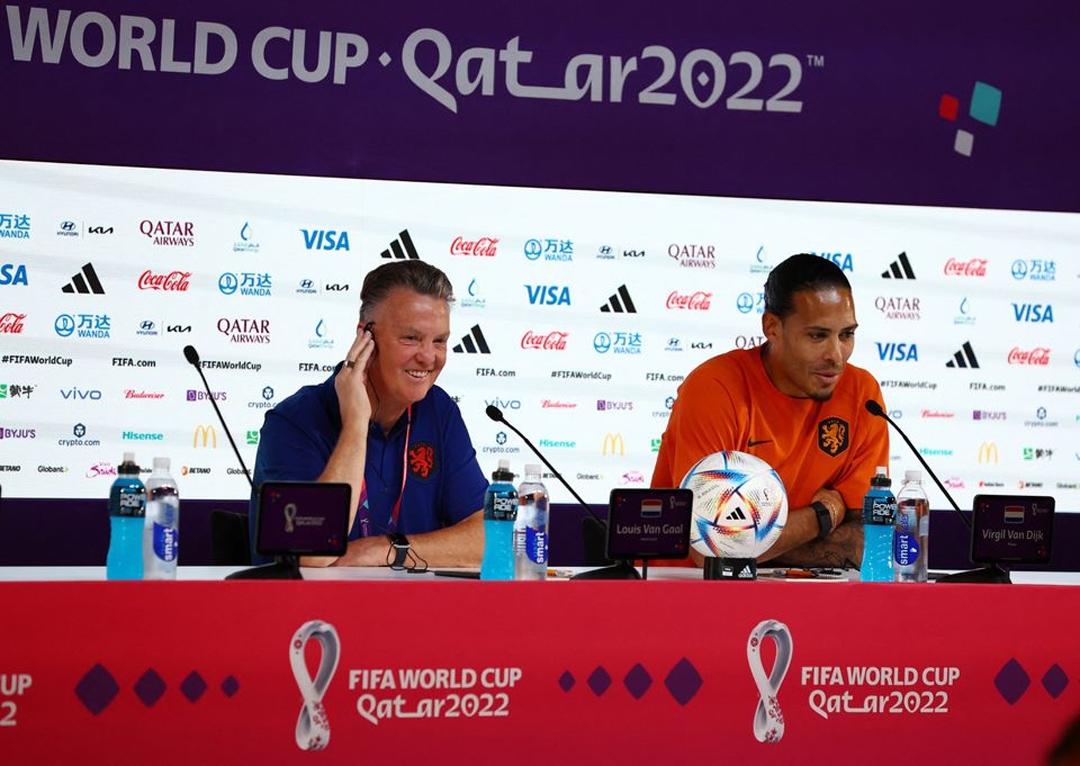 Agency :
Netherlands coach Louis van Gaal said his side are keen to deliver like never before as they prepare for their World Cup opener against Senegal today.
The 71-year-old, in his third stint as national coach and who led the Dutch to a third-placed finish in Brazil in 2014, said the quality in his squad is even higher than the team he brought to Brazil.
"I believe that this group of players are well-connected to each other together, they work well together in a professional way, and I think that will always contribute to success," Van Gaal told a news conference on Sunday.
The coach, who won the Champions League in 1995 with a brilliant generation of young Dutch players at Ajax Amsterdam, said he has high expectations.
"In 2014 we came third with a squad that was of lesser quality than this one, and with this group I expect more. It depends not only on technical skills and tactical skills, but it also depends on a bit of luck, that you score at the right time and that the others don't score," he said.
"I think that we could become world champion, but there are squads that, in my view, are at a higher level than my squad ... so I'm saying we can become a world champion. Whether we become world champion is another thing, but we can."
Van Gaal was flanked by Dutch captain Virgil van Dijk, who will not have to face his former Liverpool team mate Sadio Mane in the opener. The Senegalese striker has been ruled out of the tournament due to injury.
"I called him the next day in the morning, obviously I wanted to know how he was first and foremost, because there was so many rumours coming out and just as a friend I wanted to know how he was," Van Dijk said.
"There was a little bit of hope, everyone thought, but unfortunately he wasn't able to make this tournament. I feel sad for him," the central defender added.
Van Dijk said his team were very much looking forward to the tournament getting underway.
"I'm relaxed, that's it, nothing else - of course I'm excited, jut like the other guys, these last few days passed really slowly," he said.Â