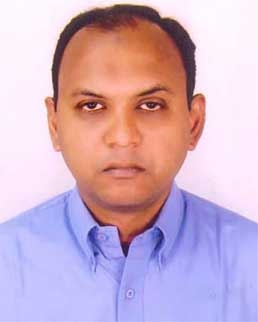 Sabbir Hossain :
FIFA World Cup 2022, the 'Greatest Show on the Earth', has been kicked off in Qatar. The host country Qatar and Ecuador played the inaugural match starting at 10.00 pm (Bangladesh Standard Time) on Sunday. A total of 32 teams splitting into eight groups of four took part in this year's FIFA World Cup. A total of 211 countries and regions are the members of FIFA, the highest governing body of world football.Â  Bangladesh is also the member of FIFA.
Though Bangladesh could not qualify in the final round of the FIFA World Cup but football is the most popular sports in Bangladesh. Almost 16 crore people of the country are highly interested to watch the gala football meet. Football is passion, football is love, football is attraction, and football is dream in Bangladesh.
Though the FIFA World Cup had started in 1930, Bangladesh Television began to telecast the matches live from 1982. Most of the football lovers of the country supported Brazil as their favorite team before then. Brazil also retained their position as the most favorite team in 1982 World Cup. They were then adorably called the 'Dream Team'. But with an utter surprise they failed to reach the final that year as they lost to Italy in the knock out phase. However, a large number of football critics have given their opinion that in 1970, the Brazil team were the 'Dream Team'. Legend footballers like Pele, Garincha, Rivelino, Vava were the players of that team and Brazil emerged the champions in that meet defeating Italy by 4-1 goals in the final. Â
It is noteworthy that the Netherlands for the first time executed the 'Total Football' in the year 1974. It was called 'Modern Football' and the performance of Netherlands team was eye-catching and brilliantly dazzling.
But they failed to clinch the World Cup 1974 after losing to Germany by 2-1 goals in the final and they also suffered 1-3 goals defeat to Argentina in the final of the World Cup 1978. Mario Campus of Argentina was the football star of that team. Greatest Footballer of All Time Diego Maradona was included in the squad of Argentina but he had to spend his time in the bench as he was just 17 at that time. Coach Luis Menotti felt he was too young to compete in the gala extravaganza.
Maradona performed well in the World Cup 1982. Legend footballer Pele admitted that Maradona was his successor. But Maradona was showed red card in that football meet as he lost his temperament. Later, Maradona showed extremely well in the World Cup 1986 for Argentina, which beat Germany by 3-2 goals in the final. Maradona played the key role to winning the World Cup. After that at least 50 per cent of the football lovers of Bangladesh then started to support Argentina. In the semi-final of that year, Maradona scored a goal by using his hand (Hand of God) against England. But then he scored another goal after dodging past at least five footballers including the goalie of England to beat England by 2-1 goals. An England newspaper published a heading of that match that Maradona 2-England-1.
In 1990, Germany became the champions beating Argentina by a solitary goal in the final match using a penalty shot. It was a controversial decision of the referee of that match. As Argentina tasted defeat, Maradona and his teammates burst into tears. After watching that scenario, supporters of Argentina among the Bangladeshi people, especially the female ones, have increased. They felt a deep emotional attachment to Maradona.
In 1994, Maradona scored an eye-catching goal against Greece. But later, he was suspended by FIFA for taking Ephedrine (A medicine, which is used for temporary relief of shortness of breath). After that decision, football lovers in Bangladesh raised their support for Argentina more than before.
However, Lionel Messi of Argentina is now the successor of Maradona. Argentina reached the final of FIFA World Cup 1994 under the captaincy of Messi. But Argentina failed to win the crown though they presented a better brand of football. This year FIFA World Cup 2022 is the last assignment of Messi.
It is noted that Messi and his team Argentina played a FIFA friendly match against Nigeria in Bangladesh on September 6, 2011 at the Bangabandhu National Stadium. Messi fans in Bangladesh were able to witness their favorite football player then and enjoyed a vibrant football competition in Dhaka. Like that friendly match held in Dhaka stadium, the football lovers of the world now are eagerly waiting to watch the matches of the World Cup full of thrill and excitement.

(The writer is Senior Sports Reporter, The Daily New Nation).