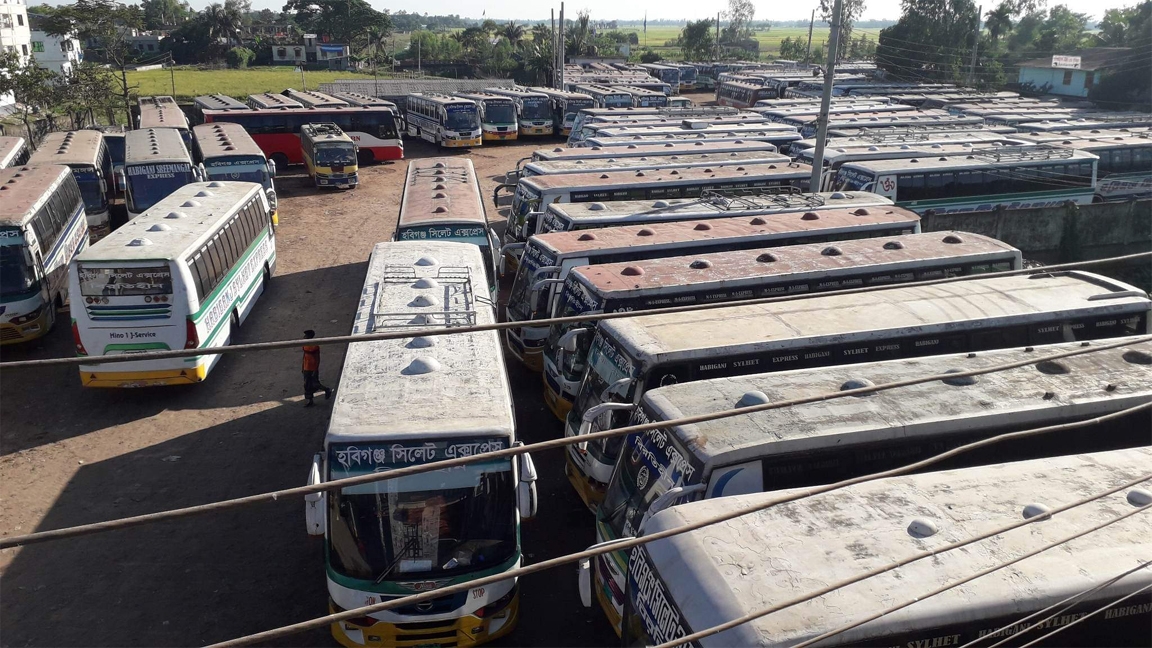 Habiganj Bus Owners and Workers Union continued their strike for fourth consecutive day on Monday, demanding the authorities allow them to use Salamatpur bus terminal.

On September 4, it was decided in a joint meeting of transport owners and workers that they can use Salamatpur bus terminal inÂ  Nabiganj upazila, he said.

âBut due to the reluctance of the administration, no bus from Habiganj is being allowed to enter the terminal,â he added.

Besides, the movement of three-wheelers on the highways has not been banned, said the transport leader.

Meanwhile, Habiganj's bus services with Dhaka and nine routes inside the district have been halted due to the strike. About 400 passenger buses ply daily on these nine routesÂ  in the district.

Long-haul passengers are suffering the most as no bus left the municipal bus terminal this morning (Monday).

Many people are trying to reach their destinations in CNG-run auto rickshaws and other three wheelers paying extra fare.

âWe will continue strike until our demands are met,â said Shankha.