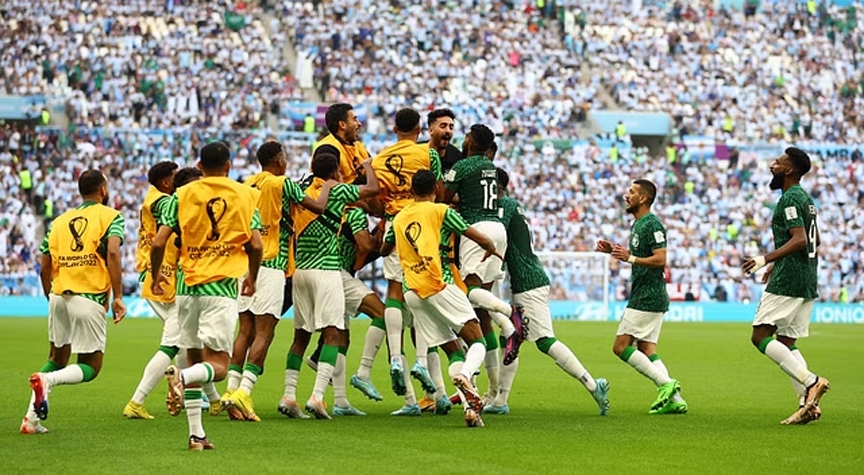 Saudi Arabia scored one of the biggest World Cup upsets ever by beating Lionel Messiâs Argentina 2-1 on Tuesday.

Messiâs quest to win the one major title to elude him got off to a shocking start and brought back memories of Cameroonâs 1-0 win over an Argentina team led by Diego Maradona in the opening game of the 1990 World Cup.

Goals by Saleh Alshehri and Salem Aldawsari in a five-minute span in the second half gave the Saudis their greatest win. Messi rolled in a penalty to give Argentina a 10th-minute lead.

This also rivals shocking results such as Senegal beating then-titleholder France 1-0 in the 2002 tournament opener and the United States stunning England by the same score in 1950.