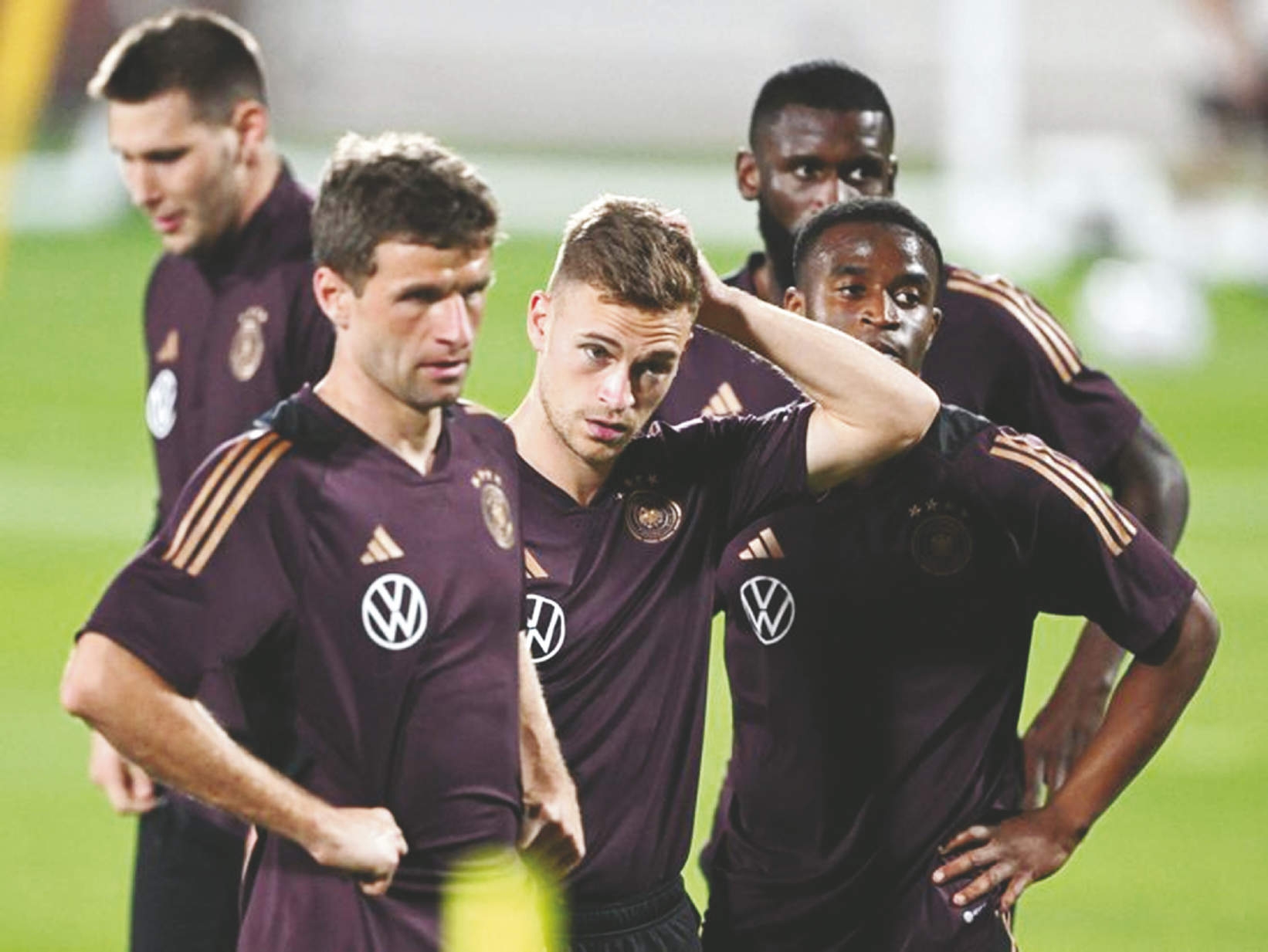 Agency :
At the last World Cup in Russia, Germany had a disaster. They failed to make it past the Round of 16 and as a result radical changes were made.
The squad now in Qatar is younger than in the 2018 edition. The old guard has changed and this was needed. The new generation has a lot of potential and the Germans, in Group E along with Spain, Costa Rica and Japan will be considered the second strongest team.
After last year's Euros, they replaced coach Joachim Low with Hansi Flick. In his 15 games in charge, Flick has opted for a 4-2-3-1 formation which he also famously used during his successful Bayern Munich stint. But he has also played with a back five under his spell and so it will be interesting to see what he decides to opt with in their opening match against Japan.
They will be captained by 36-year-old keeper Manuel Neuer who is looking to win his second World Cup. Neuer recently revealed he had surgery because of skin cancer on his face but this won't stop the experienced star from playing. He will likely have defenders Niklas Sule, Antonio Rudiger and Robin Gosens in front of him but it is in midfield where Germany have their strongest weapons.
They'll have the speedy Leroy Sane and Serge Gnabry on the wings with Ilkay Gundogan in the middle holding it all together and the versatile Thomas Muller behind the attackers. His experience at past World Cups will be crucial for the young team.
Striker Timo Werner misses the tournament due to injury and so leading the line will likely be Kai Havertz but Germany's key man is Joshua Kimmich. He has the quality to be one of the players of the tournament and how well Germany do will depend on his performances in midfield.
The Bayern Munich star offers a lot of balance to the team as he can help out in defense and create scoring opportunities for the attackers too with his fine range of passing. Modern day football is about quick attacking transitions and Kimmich has the talent to make Germany tick.
They will have to make the most of their rugged defense and organised midfield if they are to progress to at least the semi-finals. And considering their history in the competition, anything less than a place in the last four will be seen as a failure.