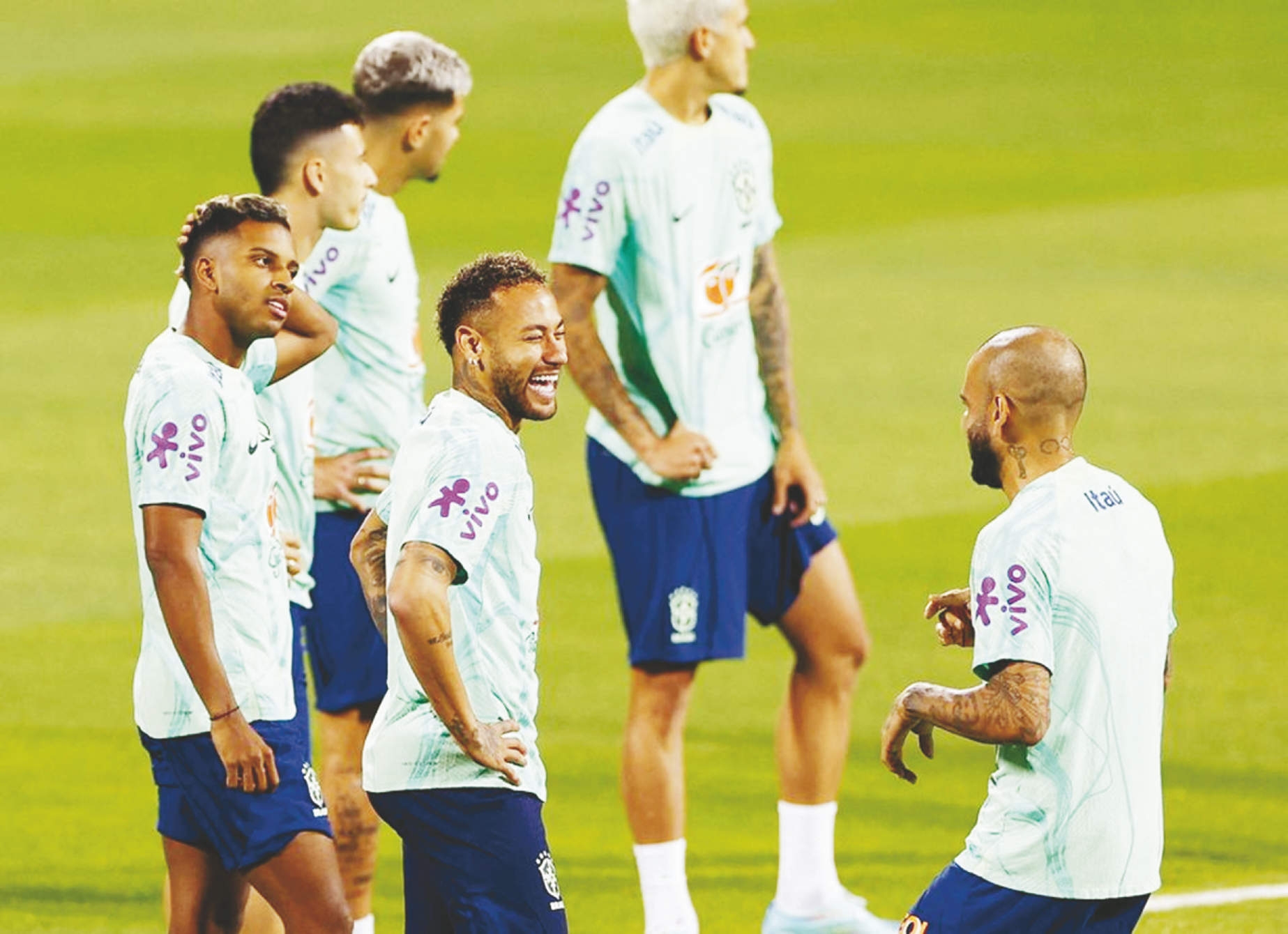 Agency :
Brazil are keeping their cards close to their chest under the spotlight of being the odds-on favourites as they prepare to face Serbia in their World Cup Group G opener on Thursday.
The pressure is on as Brazil aim for a record extending sixth title with a squad loaded with talent but full of young players, with 16 of them making their World Cup debut.
A new generation of talented youngsters like Vinicius Jr, Rodrygo, Raphinha, Eder Militao, Bruno Guimaraes and Antony, among others, have emerged on the elite stage of European club football.
Pairing the young guns with an in-form Neymar have made Brazil a juggernaut, winning 37 of the 50 games played since their 2018 World Cup quarter-finals loss to Belgium in Russia.
In that period, Brazil lost one official match, a 1-0 defeat by bitter rivals Argentina in the Copa America final.
They conceded 19 goals in this World Cup cycle, finishing 33 of those 50 matches with a clean sheet.
Tite's background as a defensive coach means there has been much speculation over his team selection for the match against Serbia, with the biggest question mark surrounding Vinicius Jr.
The 22-year-old scored Real Madrid's winner in the Champions League final against Liverpool and finished eighth in the Ballon d'Or ballot last month, elevating him to world-class level in his fifth season with the LaLiga side.
However, he still has to secure a place, with Tite not disclosing whether he will pair Fred with his Manchester United team mate Casemiro to strengthen the midfield or unleash Vinicius up front alongside Neymar, Richarlison and Raphinha.
Even the players don't yet know for sure who will be playing from the start against Serbia, who clinched an automatic berth in Qatar with a comeback 2-1 win over Portugal in their last Group A qualifying match.
Overall, Serbia won six games and drew two, sending second-placed Portugal to the playoffs.
They arrive at the World Cup full of confidence after finishing top of their Nations League group, sealing promotion to top-tier League A with a 2-0 away win over Norway with goals from strike duo Dusan Vlahovic and Aleksandar Mitrovic.
Serbia have never moved past the group stages at the World Cup since the breakup of Yugoslavia but will be looking to seize momentum in a strong Group G that also includes Switzerland and Cameroon.