Pressure off unfancied Croatia as they begin against Morocco 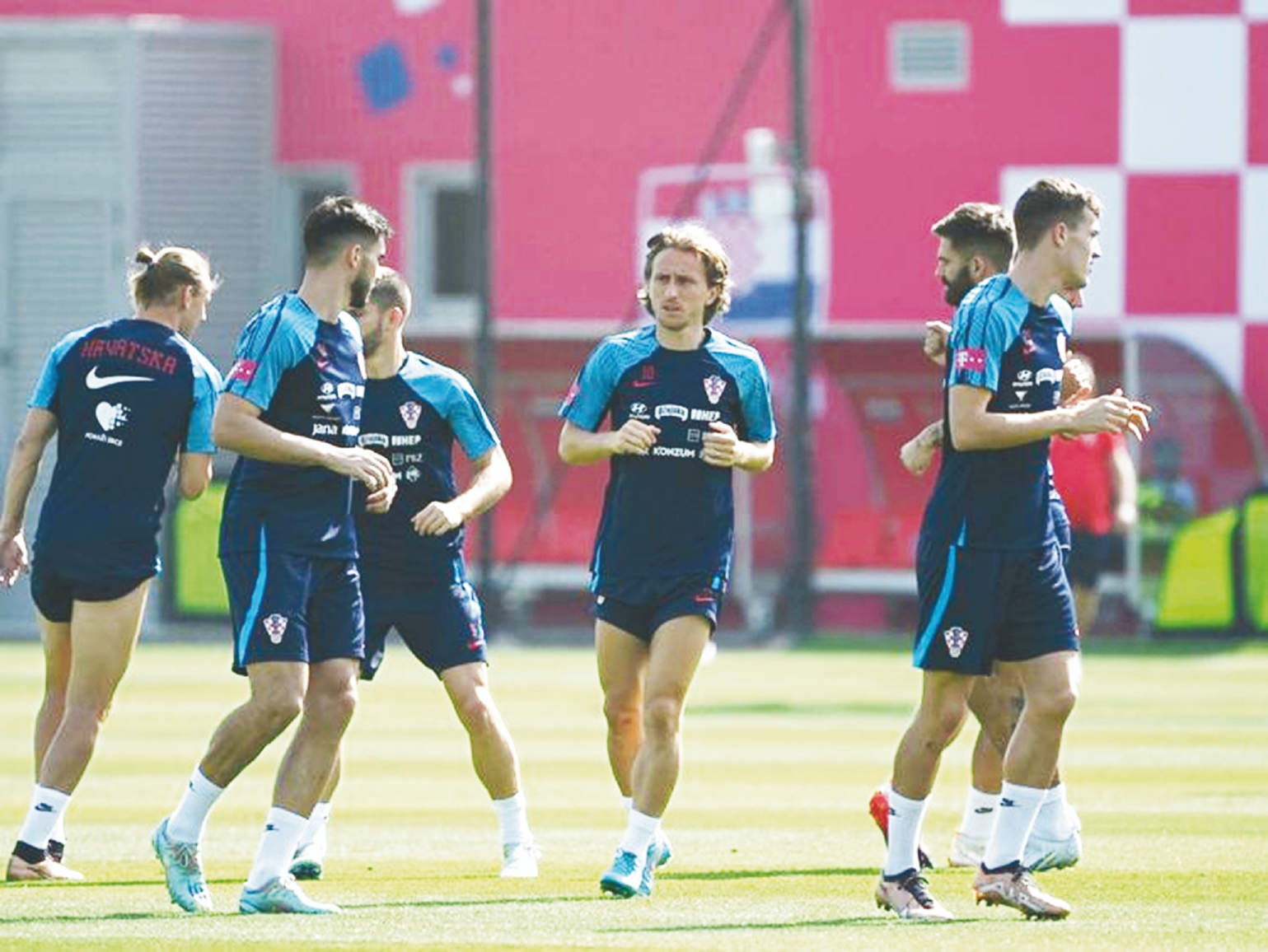 Agency :
Croatia have won their last five matches and lost once in 16 months, but the 2018 runners-up, led by midfield conjuror Luka Modric, will begin their World Cup campaign against Morocco today with little fanfare and few predicting glory.
So unfancied are Zlatko Dalic's side, who went all the way before succumbing to France in the final four years ago, that bookmakers are offering 50-1 against them lifting the trophy this time around.
That is longer odds than Denmark and in the same ball park as Serbia, which is probably how they like it.
Â "It is going to be hard. But also it is good that we maybe don't have so much pressure because we did amazing things in Russia. But we still wish and we still want to achieve more," forward Andrej Kramaric said.
With the pressure of expectation lifted off their shoulders, Dalic's side can go about their business out of the limelight where they will hope to continue a wave of momentum leading into the tournament.
They won their qualifying group conceding only four goals with just one defeat and that came in their opening game away to Slovenia in March 2021.
They also topped their Nations League group ahead of World Cup holders France, Denmark and Austria, and head into the tournament on the back of a winning streak that culminated in a 1-0 victory over Saudi Arabia in their final warm-up friendly.
While they may have lost some of the leading names from their 2018 run, such as striker Mario Mandzukic and midfielder Ivan Rakitic, there is no shortage of talent in their ranks, especially in midfield.
Modric, the player of the tournament in 2018, has one last shot at glory at the age of 37, and will line up against Morocco probably part of an impressive midfield trio alongside Inter Milan's Marcelo Brozovic and Mateo Kovacic of Chelsea.
Brozovic has shaken off a muscle tear and played 70 minutes against the Saudis, allaying fears about his involvement at the tournament.
They will kick off their Group F campaign at Al Bayt Stadium against a Morocco side whose build-up was overshadowed amid controversy over their coach after they sacked Vahid Halilhodzic in August following a dispute about player selection and replaced him with Walid Regragui.
One of the players at the centre of that dispute, Chelsea winger Hakim Ziyech, was excluded by Halilhodzic for disciplinary reasons but recalled by Regragui despite only starting twice for his club this season.
Morocco, who have appeared in five previous World Cups, also suffered an injury blow when forward Amine Harit was ruled out with a knee injury.