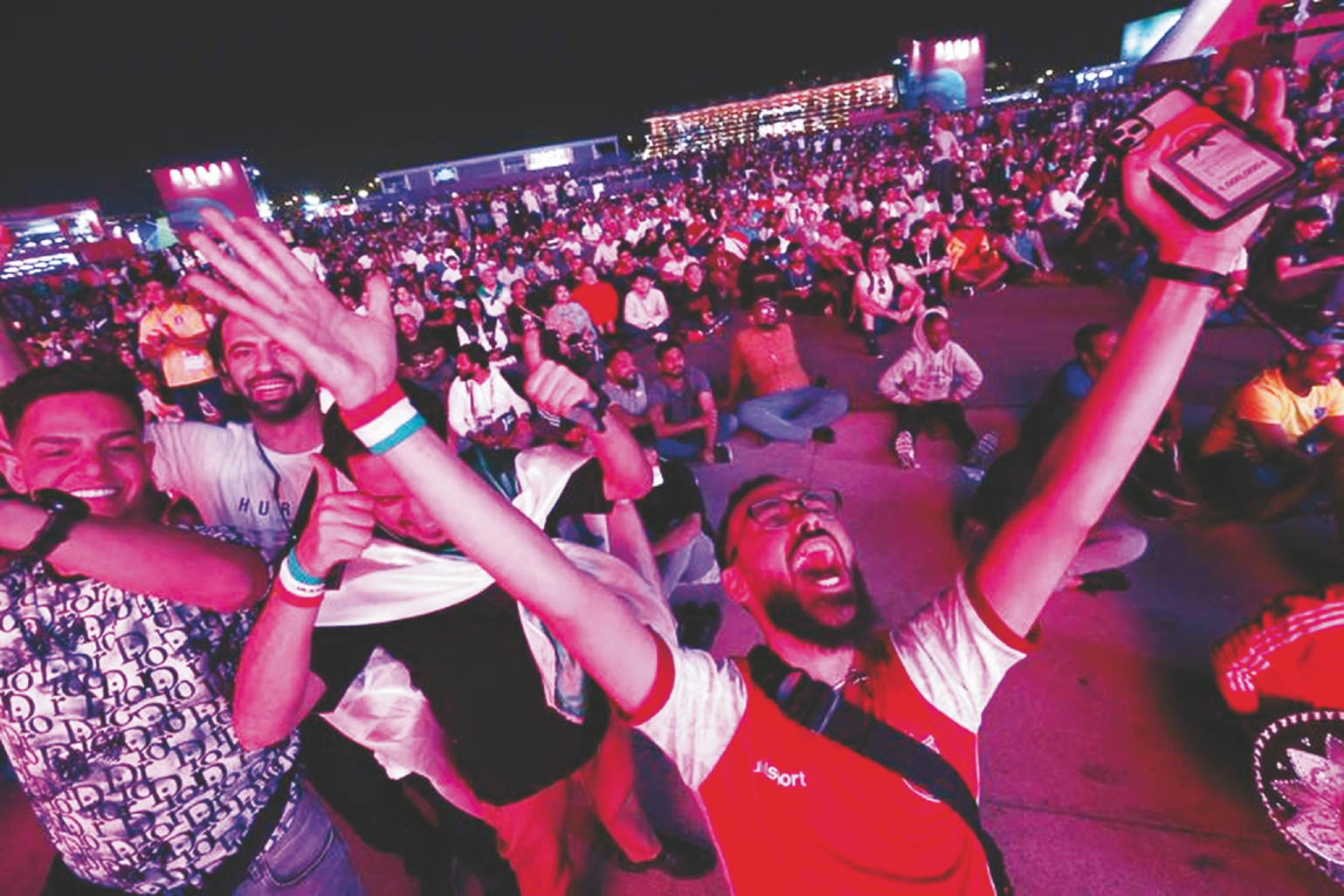 Fans react during the match between United States and Wales at the FIFA Fan Festival in Doha of Qatar on Monday. Agency photo

Agency :
A day after chaotic scenes and skirmishes marred the opening night of the World Cup (WC) fan festival, organizers seemed to have learned their lesson and streamlined the entry process ahead of Monday's first game between England and Iran.
Sunday's match between hosts Qatar and Ecuador had thousands of fans trying to enter the 40,000-capacity venue but on Monday organizers prevented them from coming in through multiple entry points to manage the flow better.
"It is good, they've controlled everything, because you know very well it was very crowded (yesterday). They managed well, so I am happy now - it is very free," a fan named Kirish said.
The fan festival is being held at Al Bidda Park, a vast expanse of green space with the towering Doha skyline dominating the background.
A small crowd had already gathered around the giant screen and stage prior to kickoff as singers kept them entertained, but it quickly swelled in size minutes before kickoff.
One English fan named Dan arrived just in time for kickoff draped in an England flag after he failed to find tickets for the game at Khalifa International Stadium.
"I wrapped up some work and rushed to get here for the game," he said.
"I tried getting tickets but there weren't any left. An American couple told me they bought two tickets this morning, I have no idea how!"
Ten minutes into the game, with the setting sun still beating down on the back of their necks, a number of fans preferred to sit down on the tarmac and watch the game.
But they were soon back on their feet and bouncing by the time England took a 3-0 lead in the first half, waving huge English flags with renewed fervor.
The only fans who did not celebrate were a smattering of Iranians and a few Welsh supporters, who watched on with a wry smile on their faces.