Sonia awaits to get release of her govt-grant movie 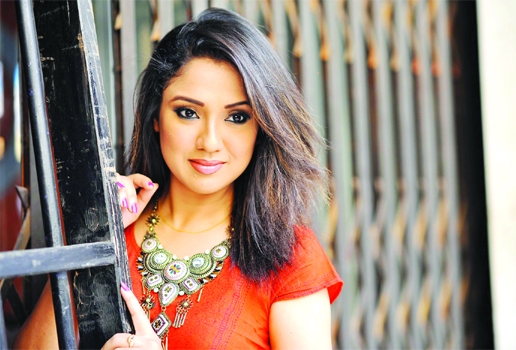 Sheikh Arif Bulbon :
Sonia Hossain is an actress, anchor and director at a time. Alvi Ahmed directed 'U-Turn' was her debut movie in the
silver screen. Shipon Mitra acted
opposite Sonia in the movie. By this movie, produced by Arshad Adnan, Sonia started her career in the silver screen optimistically. But for the first time, she acted
in a government granted movie. She performed in an exceptional song in Hridy Haque directed movie titled '1971 Seisob Din.'
Though the movie was earlier scheduled to release on the month of Victory, December, but Sonia informed that the movie will not get release next month. In fact, Sonia believed that 2022 will become a memorable year for her for the releasing of this movie. But the present situation makes the delay for its releasing. This movie may get release either on February 21 or March 26, 2023. Basically everything depends on director Hridy Haqueâs decision.
While talking in this regard, Sonia Hossain told this correspondent, âI am really grateful to Hridy Apa because she gave me the opportunity to act in her first directed movie '1971 Seisob Din.' Not only this, Hridy Apa tried to present me with most glamorous way in an exceptional song in the movie. I also tried to give my level best effort to present me in that song. Now I am waiting to get release date of the movie. Many reputed actors acted in this movie. For this reason, I am very much optimistic about this movie. I prepared myself giving my level best effort for acting in the movie. In fact, I am waiting for releasing of the movie now.â
Today is the birthday of Sonia Hossain. Though she has no special plan to celebrate her birthday she will pass time with her mother and husband. She said, âI am grateful to Allah for sending me in this world with womb of that mother by whom I can always feel proud of her. My mother is my idol in life. I miss my father.â
Sonia also said that last August she presented a special dance with music on the occasion of the month of Mourning. Choreographed by Kibria Chanchal, main theme was also given by Sonia herself. Viewers can watch this dance performance on Soniaâs own YouTube channel, SONIAC. This YouTube channel contains many interesting contents and videos. Newcomer artistes will get the opportunity to present themselves on this platform, said the actress.
Sonia Hossain, hailed from Gaibandha, was in top 5 positions in the âYou Got the Lookâ contest in 2003. In 2005, she first acted in Gias Uddin Selim directed television drama titled 'Preme Porar Golpo.'Â Â Â Â Â