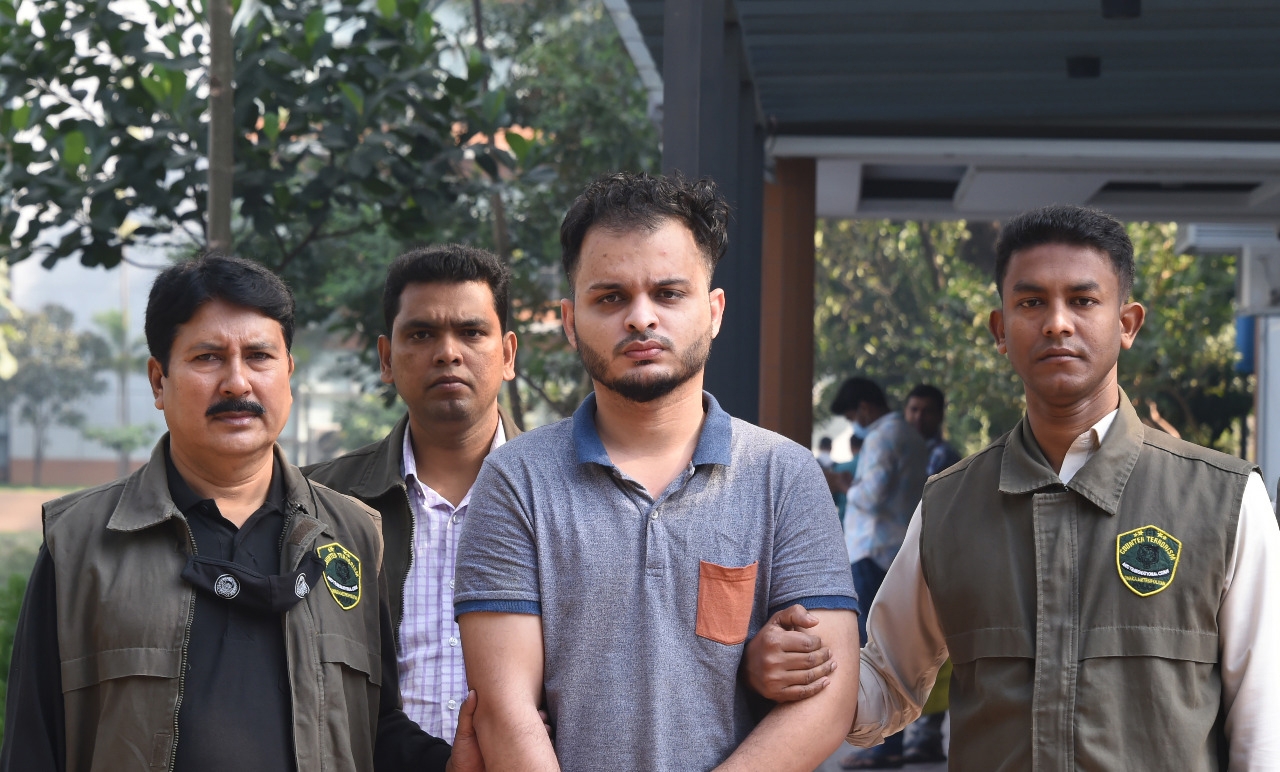 A Dhaka court on Thursday placed a militant, who was arrested for his suspected involvement in the snatching of two convicted militants from police custody, on a seven- day remand.

The remanded accused is Mehdi Hasan Omi alias Rafi, 24, a member of the military wing of Ansar al-Islam.

He is an accused in the case which was filed with Kotwali police station in connection with the incident.

On Wednesday, CTTC arrested Rafi, for his involvement in the snatching of two convicted militants.

Three cases under the Anti-Terrorism Act were filed with Dhaka's Mohammadpur, Sutrapur and Badda Police Stations against Rafi for his involvement in anti-state and anti-government activities in 2016.

Besides, two more cases under the Anti-Terrorism Act were filed with Sylhet Kotwali Police Station against him in 2010 and 2012.

On November 20, Rafi, as per the groupâs plan, led from the front in the snatching of the militants, who were sentenced to death in publisher Faisal Arefin Dipan murder case, from the CMM court premises in Dhaka after spraying pepper on the faces of the policemen, said Additional Commissioner Md Asaduzzaman, Chief of Counter Terrorism and Transnational Crime (CTTC) of Dhaka Metropolitan police (DMP) today (Thursday).

Police filed a case against 20 people in this connection. A five-member probe body was also formed by the Bangladesh Police on the same day and it was asked to submit its report within three working days.