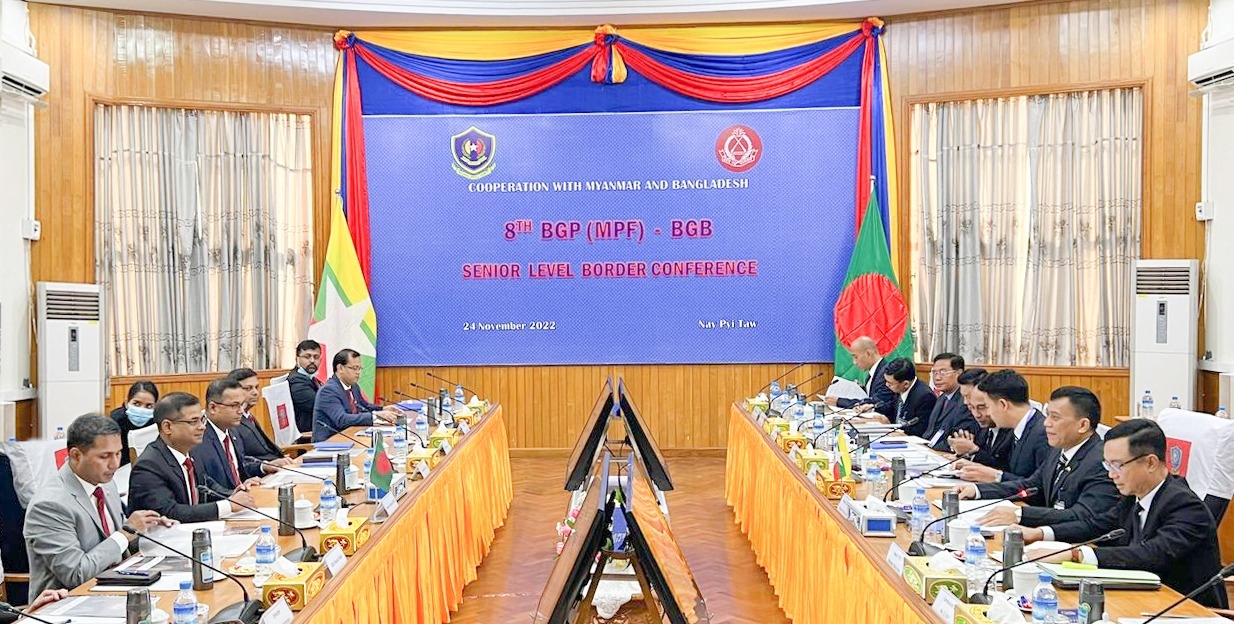 A 10-member delegation of Bangladesh led by BGB Major General Shakil Ahmed participated in the 5-day conference, according to a BGB press release.

On the other hand, a 15-member delegation led by Police Major General Aung Naing Thu represented the Myanmar side.

Border tensions caused by the recent internal conflict in Myanmar, airspace violations, combating inter-state terrorism and countering the activities of cross-border criminal gangs and preventing illegal trespassing will be emphasised at the conference.

There will be very effective and fruitful discussions on the repatriation of Rohingyas, forcibly displaced Myanmar nationals, to their country, said the release.

Besides, various ways of enhancing mutual trust between BGB and BGP, preventing human trafficking and drug smugglingÂ  will be discussed.

The Bangladesh delegation is scheduled to return to Dhaka on November 28 after the conference.