Belgium fail to fire in unconvincing win over Canada 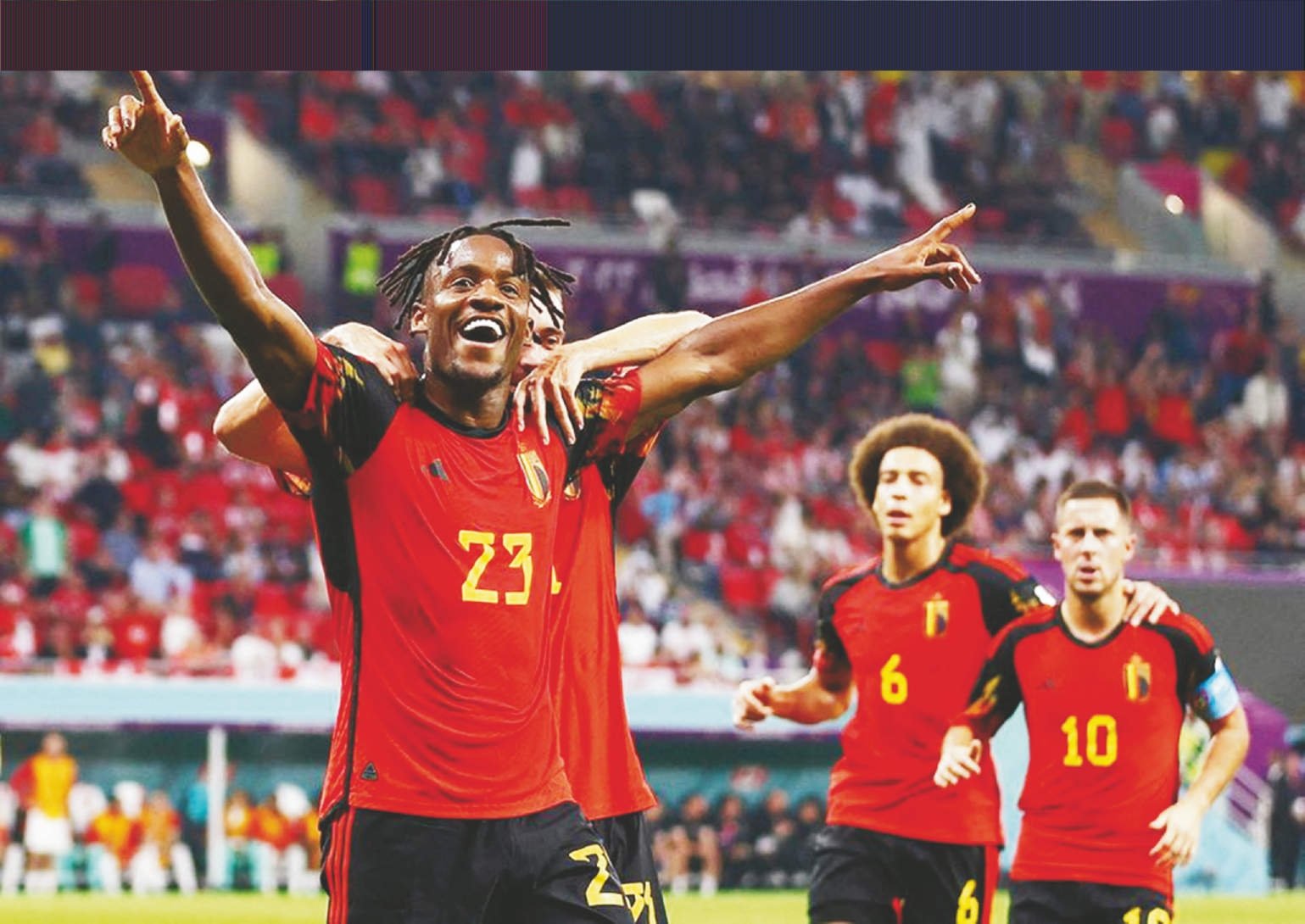 Agency :
Michy Batshuayi scored and Thibaut Courtois saved a penalty as a lacklustre Belgium opened their World Cup campaign on Wednesday with a scrappy 1-0 win over an energetic Canada side returning to the finals for first time in 36 years.
Leading the Belgian attack in the absence of injured talisman Romelu Lukaku, Batshuayi scored against the run of play on the stroke of halftime to put the Red Devils top of Group F ahead of Morocco and Croatia who earlier drew 0-0.
Despite getting the win, Belgium coach Roberto Martinez was far from satisfied with his team's lethargic display as the Red Devils managed only nine attempts on goal to 21 for Canada.
If not for the lack of a Canadian finisher and a penalty save by Courtois from Alphonso Davies the result could have been very different for second ranked Belgium.
"We win, that's the most important thing today," said Martinez. "As always, we still have to grow in this tournament and improve things.
"Many top teams have lost, because you always have to grow at a World Cup.
"If you can do that, but win your matches at the same time, then that is something you can build on."
In their only other World Cup appearance in Mexico in 1986, Canada lost all three matches and failed to score a goal.
Despite an inspired effort decades later, the result remained the same as Canada walked off Ahmad Bin Ali Stadium pitch with another loss and failure to find the back of the net.
Canada looked as if they would register their long-awaited first goal when Belgium's Yannick Carrasco handled the ball in the 11th minute and Davies stepped up to take the penalty with the flag-waving Canadian supporters the Voyageurs roaring.
But Courtois, one of the world's best goalkeepers, denied Davies an historic score by stopping his weak spot-kick.
"It's not easy to score goals at this World Cup as you can see," said Canada coach Herdman. "I think the set-pieces, we need to clean them up.
"I thought there were some missed opportunities there we need to get back to the drawing board on.
"Sometimes it's your night and sometimes it's not."