Cameroonian Embolo wins it for Switzerland 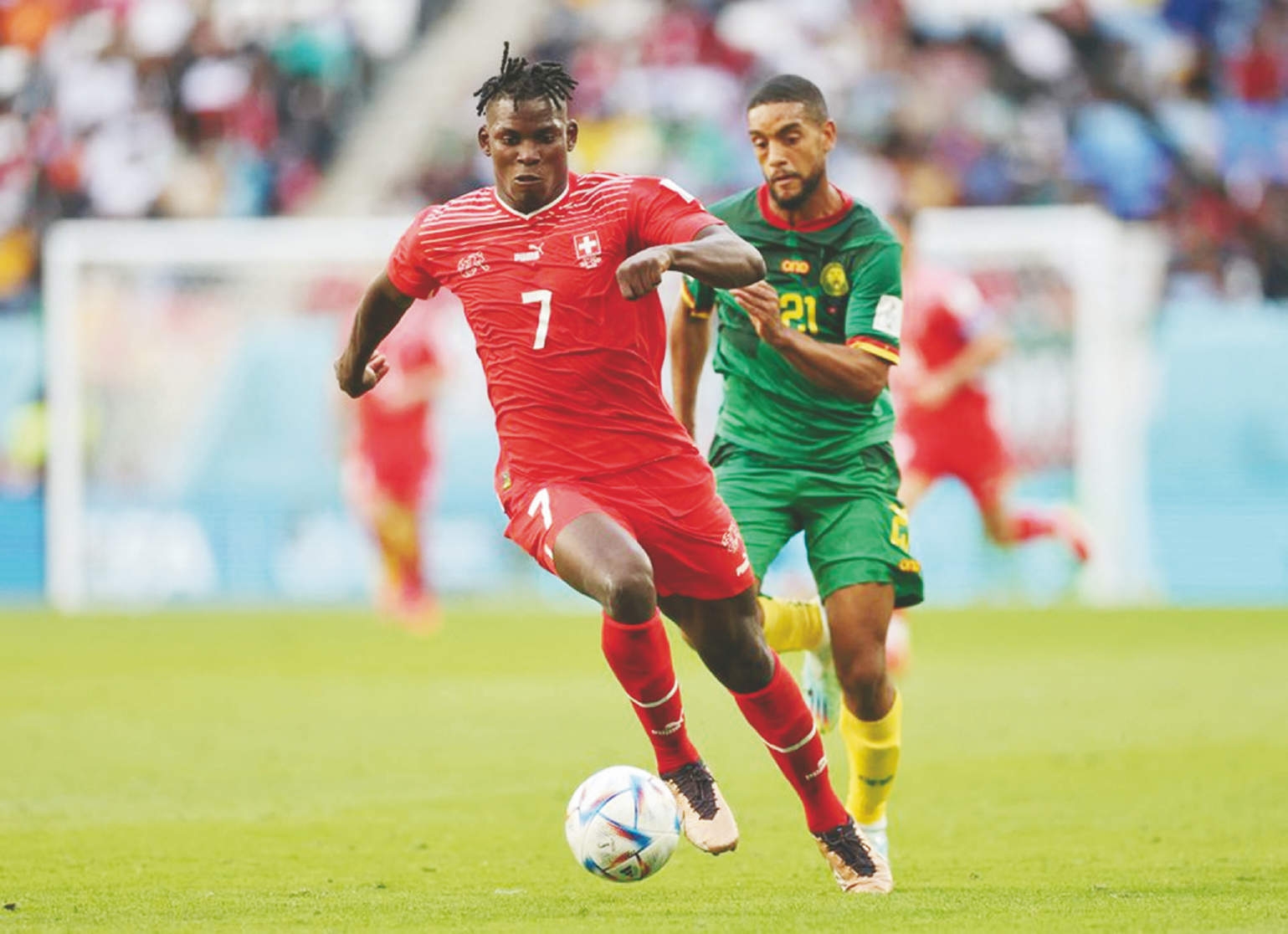 Agency :
Breel Embolo scored the only goal of the game to give Switzerland a 1-0 win in their Group G opener against Cameroon on Thursday.
The Cameroon-born striker broke the deadlock minutes into the second half after an end-to-end first half ended all square.
Switzerland dominated the early stages of the first half but couldn't break down the Cameroon defence, who slowly grew confidence and created the first two clear-cut chances.
Bryan Mbeumo broke free following a quick Cameroon counter-attack and chose to shoot from a tight angle rather than square the ball to Eric Maxim Choupo-Moting, and saw his shot saved by Yann Sommer. The rebound fell perfectly into the path of Karl Toko-Ekambi, but the forward blasted his effort over the bar.
Minutes later Sommer was called into action again to deny Choupo-Moting from close range after the Bayern Munich forward broke through the Switzerland defence to set up a one-on-one, but failed to convert.
Despite Cameroon enjoying the better of the opening period following Switzerland's early dominance, it was the latter who missed a big chance to break the deadlock on the stroke of half-time. Manchester City's Manuel Akanji rose highest to meet a corner in the six-yard box, but he guided his almost-free header over.
Three minutes into the second half Switzerland took the lead through Embolo. Granit Xhaka started a move in the middle of the park and found Remo Freuler with a progressive pass, on the half turn the midfielder quickly offloaded the ball to Shaqiri out wide who drove forward toward the byline to pull a low cross back for Embolo in front of goal who couldn't miss, as he fired the ball beyond Andre Onana.
Onana kept Cameroon in the game when he made a brilliant save to deny Ruben Vargas. Shaqiri was allowed to drive toward the byline on the left again and pull back another low cross, this time for Vargas to fire a shot Onana's way, but the Inter Milan goalkeeper made a strong save.
Quickly after Andre-Frank Zambo Anguissa produced a game-changing interception when Shaqiri delivered a dangerous corner toward Embolo who was ready to tap in a second at the back post, but Anguissa got his foot in the way to put Embolo off.
It's Switzerland's sixth straight opening game at the World Cup without defeat, their last loss coming against Germany in 1966.
It wasn't straightforward and they were made to work for it, but Switzerland did enough to secure the all-important three points in a game that felt like a knockout fixture. With games against tournament favourites Brazil and a tough-looking Serbia to come, beating Cameroon in the Group G opener was crucial.