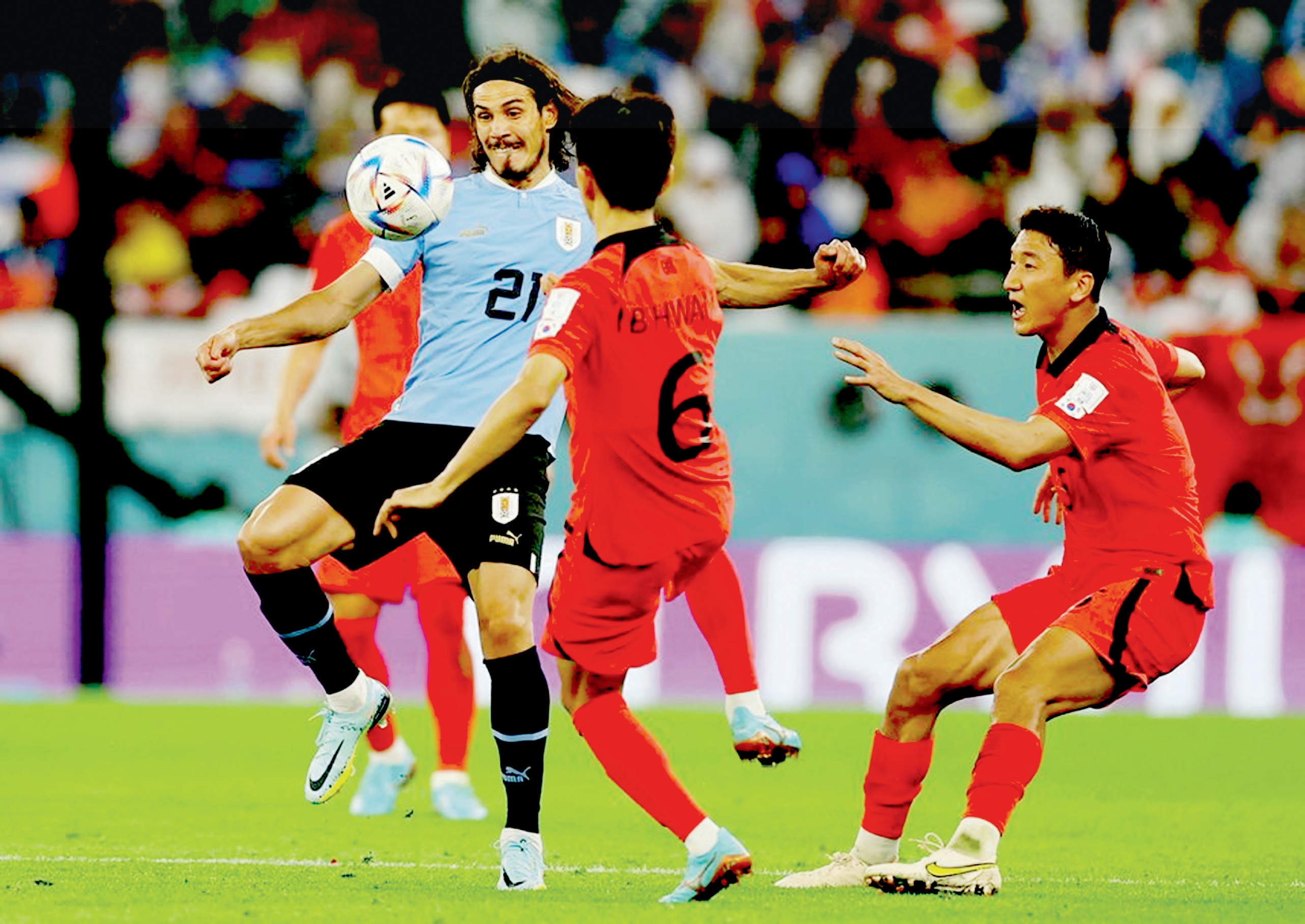 AFP :
The returning Son Heung-min could not inspire South Korea as the Tigers of Asia started their World Cup Group H campaign with a 0-0 draw against Uruguay at the Education City Stadium in Qatar on Thursday.
Uruguay captain Diego Godin and Real Madrid midfielder Federico Valverde came closest to breaking the deadlock when hitting the woodwork in each half, while Hwang Ui-jo wasted Korea's best chance, skying a shot from 10 yards out with only the goalkeeper to beat.
It was a game of few chances as neither Son on one side nor Uruguay's fearsome strikers Luis Suarez, Darwin Nunez and Edinson Cavani could find a clear opening.
With matches against Ghana and group favourites Portugal to come, both sides seemed to be more intent on not losing than pushing for the win at the Education City stadium in Doha.
The early part of the match settled into a predictable pattern as Korea made a fast start and Uruguay sat deep, soaking up the pressure without giving anything away. In particular, the South Americans kept Korean danger man Son quiet.
Uruguay created the first clear chances as two raking crossfield balls from centre-back Jose Maria Gimenez picked out runners coming in at an angle.
Valverde clipped the first over the bar, while Nunez failed to make proper contact on the second from just eight yards out with the goal at his mercy.
Just past the hour mark, Korea should have been in front after a slick passing move opened up the Uruguay defence but unmarked 10 yards out, Hwang fired the ball high over the bar.
Godin then went closest to scoring when he hit the inside of the post with a header from Valverde's outswinging corner.
Neither side could get their game changers into the match, with Son clearly not fully fit, playing his first match since surgery on a broken bone around his eye suffered at the beginning of the month against Marseille in the Champions League.
On the other side, Suarez, Uruguay's all-time record goalscorer, was a peripheral figure and was replaced by fellow veteran Cavani midway through the second period.
Korea increasingly looked to have settled for a point but coach Paulo Bento brought on fan-favourite Lee Kang-in to inject some energy and guile into a flagging side.
Uruguay, though, remained the more dangerous side and Cavani teed up Nunez who fired just wide.
Korean hearts were in their mouths when Valverde crashed a long distance strike off the upright, before Son shot wide up the other end as both sides had chances to win it in injury time.