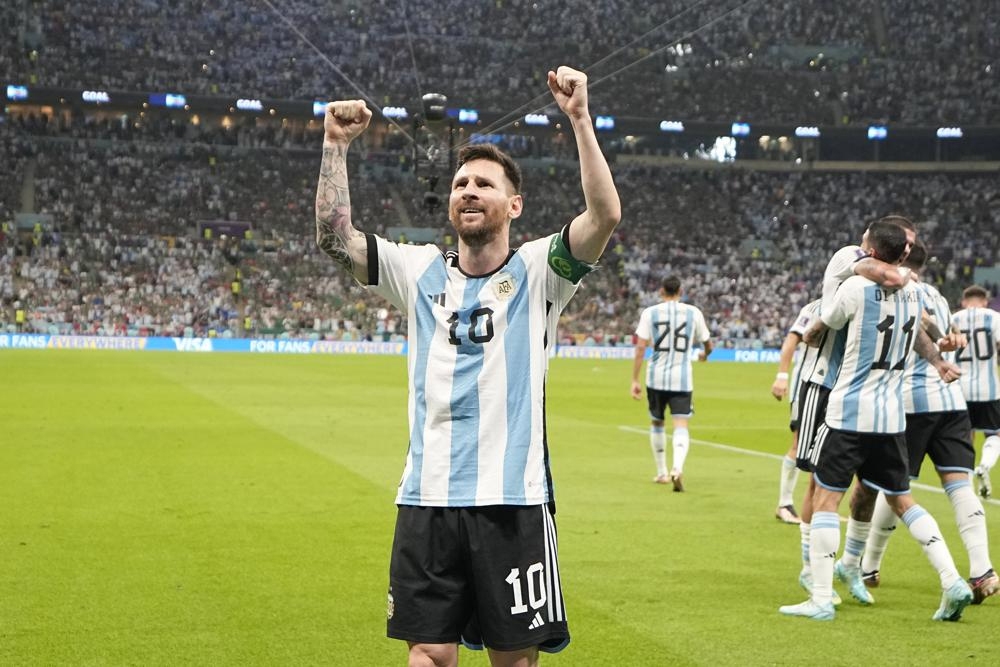 Lionel Messi came up with another crucial goal for Argentina in a 2-0 win over Mexico on Saturday that ignited the teamâs World Cup chances.

Messi took a touch from Angel Di Mariaâs pass across the face of the area and drove a low shot from 25 meters (yards) into the bottom corner in the 64th minute.

He ran toward Argentinaâs fans with his arms outstretched arms before getting mobbed by his jubilant teammates. He looked emotional as he grabbed and shook his jersey, then blew a kiss to the crowd.

Argentina bounced back from a shocking 2-1 loss to Saudi Arabia in its opening match. The team is in second place in Group C ahead of its last match against Poland on Wednesday.

The 35-year-old Messi is likely playing in his last World Cup, which is the only major title missing from his collection.

It was an eighth World Cup goal for Messi â the same number scored in the tournament by rival Cristiano Ronaldo and also Diego Maradona, the Argentina great with whom he is so often compared.

For some, Messi needs to win the World Cup to join the ranks of Pele and Maradona as soccerâs greatest ever players. Thanks to this win, it could still happen.

Until his goal, Messi was enduring a frustrating match, finding himself with two defenders on him each time he received the ball.

Argentina coach Lionel Scaloni made five changes from the Saudi Arabia game in a bid to inject some more energy into the team but they initially made little difference.

The momentum of the game changed completely after Messiâs goal, his 93rd in internationals and his second of the tournament after a penalty against Saudi Arabia.