Workers walk off over wage hike 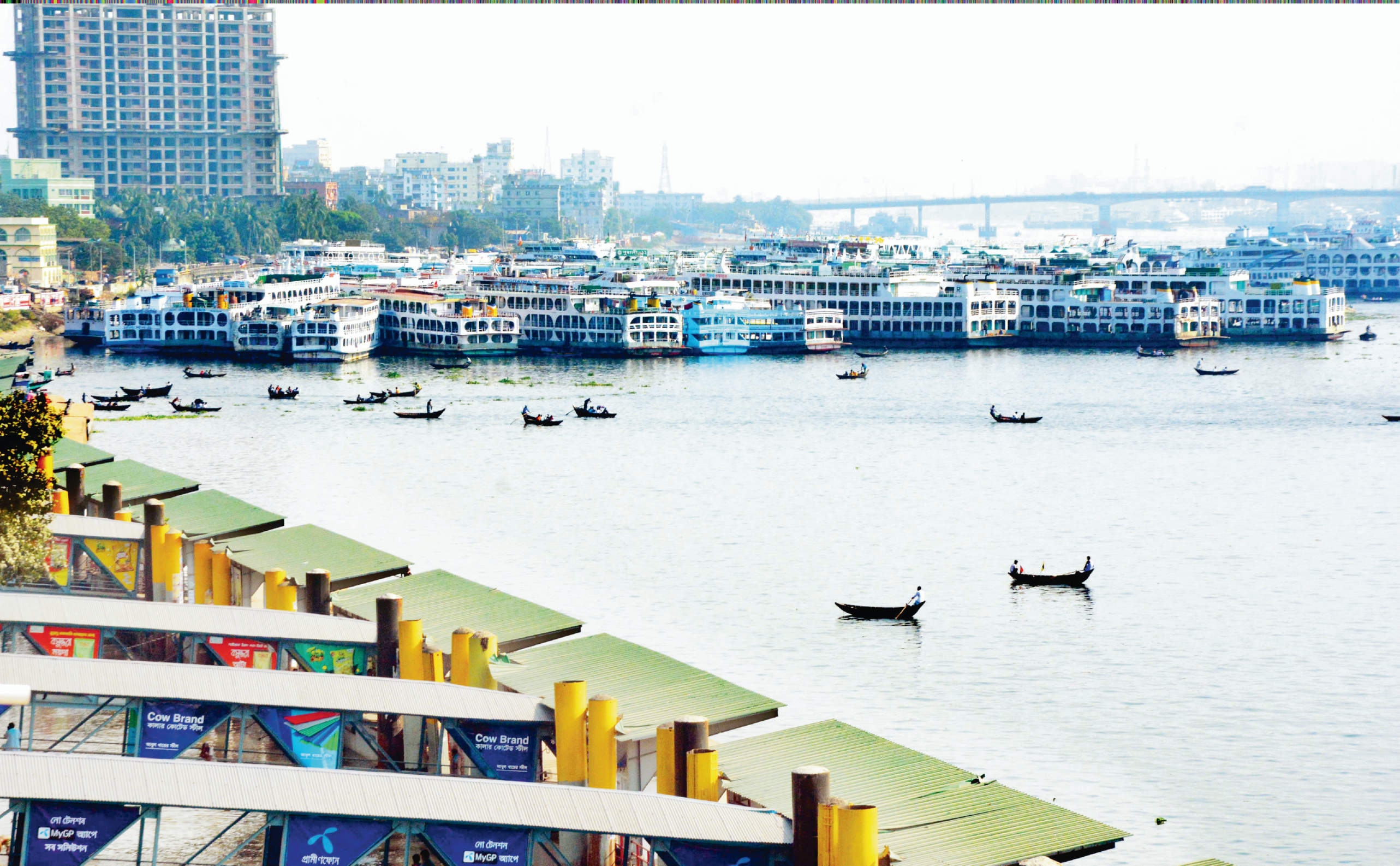 Sadarghat launch terminal looks empty on Sunday due to the indefinite strike called by the water transport workers. NN photo

Staff Reporter :
The vessel workers called strike for an indefinite period across the country to meet their 10-point demands including increase minimum wage of Tk 20,000.
The 10-point demands of the workers include minimum wage of Tk20,000 along with the provision of appointment letters, identity cards and service books, setting up a contributory provident fund and seamen welfare fund to ensure social security along with food allowance and sea allowance, providing Tk10 lakh as compensation for accidents and deaths at work, stopping the ongoing activities of the supplying fuel oil through pipeline from Chattogram which is not in the best interest of the country.
The demands also include relaxation of restrictions on nighttime movement of sand-carrying bulkheads and dredgers, stopping terrorism, extortion and robbery on waterways, stopping harassment along the Indian border in providing landing passes to workers travelling India, 100 per cent enforcement of goods transport policy at Chattogram port to force all lightering vessels to maintain serial, canceling the lease at Charpara Ghat and stopping all kinds of irregularities and mismanagement by the Department of Shipping.
Transportation of goods by river from Chattogram port to the whole country has been stopped as lighter vessel workers have also joined the strike, putting businesses in trouble.
Loading-unloading of containers at the outer anchorage of Chattogram port has been suspended due to the strike from 12:01am Sunday to press home their 10-point demand.
Meanwhile, passenger launch services on 18 routes from Barishal came to a standstill as water transport workers there embarked on a strike, causing woes to passengers.
Workers removed the launches from Barishal terminal at 12:00am on Sunday and movement of vessels including those of long routes remained suspended, according to Barishal water transport owners.
Meanwhile, freight vessels' operation from Barishal also remained suspended due to the strike. Around 1,600 lighterage ships transport goods from the outer anchorage of Chattogram port to different parts of the country. These products include raw materials for cement, ceramics and steel industries, fertilisers, coal and consumables.
Nabi Alam, Vice President of the Lighterage Workers' Union, said that the movement of lighter ships has been halted since Sunday midnight.
Mahbub Rashid Khan, Executive Director of Water Transport Cell (WTC), an organisation of lighter ship owners said, "WTC usually gives allocations to 70-80 lighter ships daily. No ship has been given allocation on Sunday due to strike by the vessel workers."
The general workers have stopped unloading goods from midnight and lighterge vessels movement from 18 private terminals Majhirghat and Sadarghat areas came to a halt, he said.
Master Ekin Ali, president of Noujan Sramik Sangram Parishad, said that they would continue the strike until their demands were met.
Inspector of Bangladesh Inland Water Transport Authority (BIWTA) Humayun Ahmed said that 35 launches from different routes reached the Sadarghat terminal since Saturday night.Â  There were schedule for 10 launches for Chandpur and Elisha from Sunday morning he said adding that none of them left them just one launch left for Bhola.