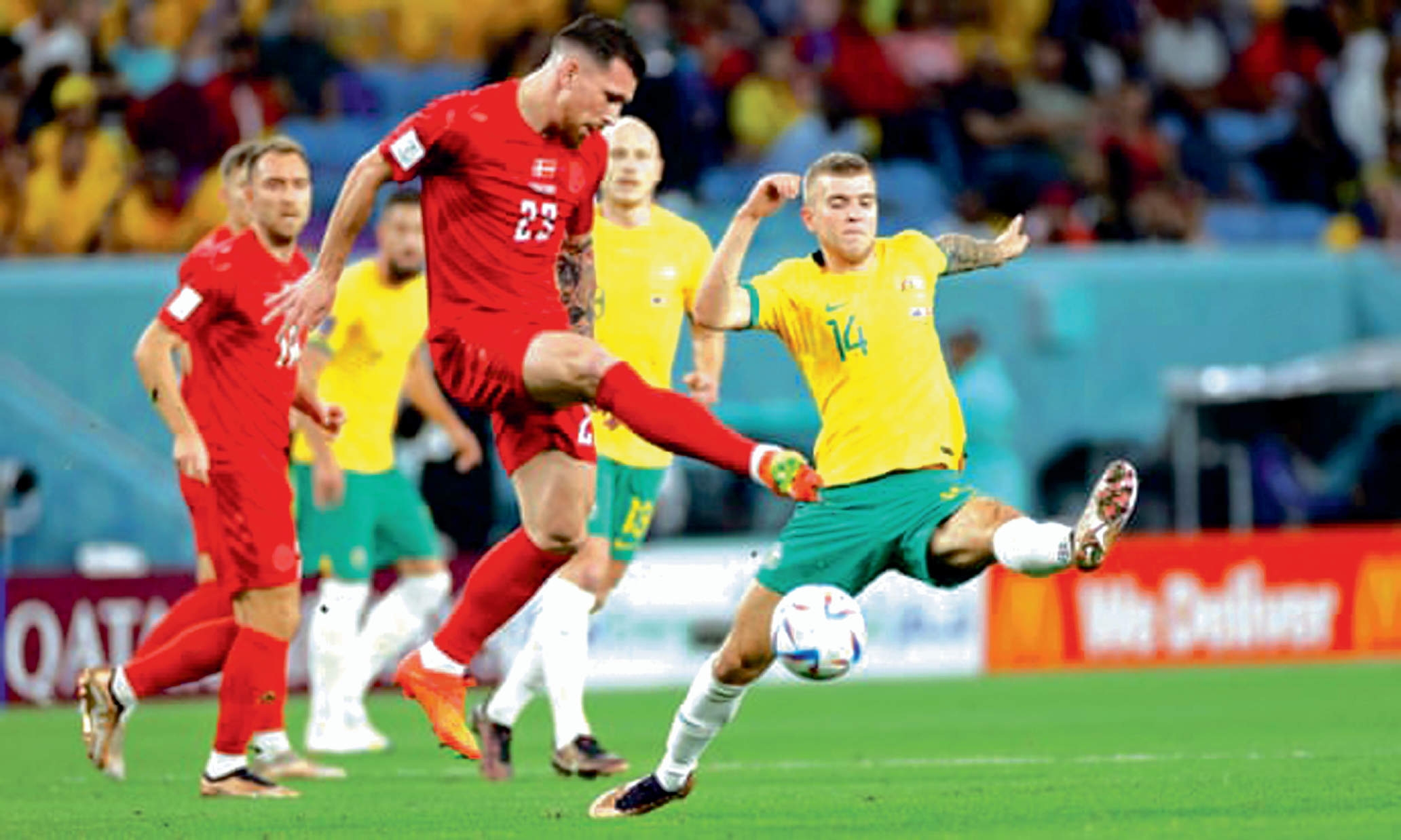 Pierre-Emile HÃ¸jbjerg of Denmark is challenged by Riley McGree of Australia its final Group D at Al-Janoub Stadium in Al-Wakrah, Qatar on Wednesday. Agency photo

Agency :
Mathew Leckie scored a critical opening goal for Australia against Denmark in their crucial Group-D match of the FIFA World Cup 2022 at the Al Janoub Stadium in Qatar on Wednesday.
The first-half of the match ended in a goalless draw.
Denmark's Jesper Lindstrom had a shot blocked and Mathias Jensen had an effort parried over by Australia keeper Mat Ryan, while Riley McGree had a shot for Australia saved by Kasper Schmeichel.
Australia have qualified for the last five World Cups, but they only got past the group stage once - in 2006, when they crashed out to eventual champions Italy in the round of 16.
If the current scores hold with draws in the Australia-Denmark and France-Tunisia games, the Socceroos will return to the knockout stage for the first time in 16 years.
Neither side has managed to keep the ball for very long in the opening five minutes of this half. Expect Denmark to pour forward if it stays like this.
Australia XI: Matthew Ryan, MiloÅ¡ Degenek, Harry Souttar, Kye Rowles, Aziz Behich, Aaron Mooy, Jackson Irvine, Riley McGree, Craig Goodwin, Mathew Leckie, Mitchell Duke.
Denmark XI: Kasper Schmeichel, Joachim Andersen, Andreas Christensen, Rasmus Kristensen, Pierre-Emile HÃ¸jbjerg, Mathias Jensen, Christian Eriksen, Joakim Maehle, Jesper LindstrÃ¸m, Martin Braithwaite, Andreas Skov Olsen.